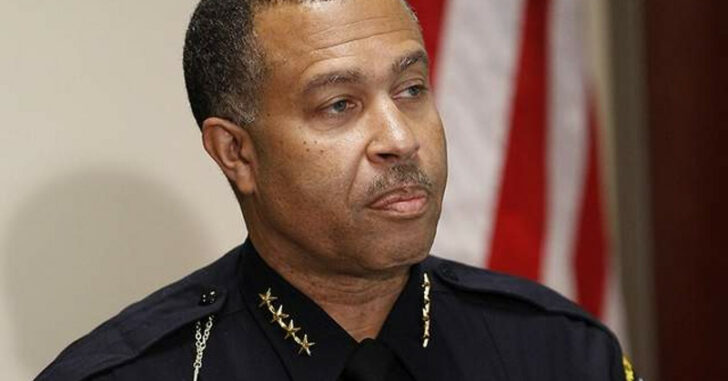 DETROIT, MICHIGAN — Detroit police chief James Craig is back out front and center advising the people of the Detroit that being properly armed and prepared can help deter terrorism. But it extends further from there!  Chief Craig is well noted for being vocal about Detroit residents having the ability to protect and defend themselves.  Now, as the Detroit News covers it, he’s still as adamant that a well-armed citizen is the best solution to violent crime and potential terror threats.

“A lot of Detroiters have CPLs (concealed pistol licenses), and the same rules apply to terrorists as they do to some gun-toting thug,” Chief James Craig said. “If you’re a terrorist, or a carjacker, you want unarmed citizens.”

Backing up this theory is Oakland University criminal justice professor Daniel Kennedy who agreed that terrorists would be less willing to attack armed citizens as they would unarmed ones.

“We don’t have laboratories where we can test these theories, but there is something to the argument that terrorists want a high body count — and if they can only shoot a few people before they’re taken out themselves, it wouldn’t have the kind of impact they want.”

Chief amongst his points?  Terrorists and violently minded people want high body counts.  And deterring their ability to get those high counts without being taken out themselves is the armed citizen.

“An armed citizen won’t give them a high body count. Look at the theater in Paris,” the Bataclan Café, where four men with AK-47 assault rifles killed 89 people during a rock concert. “If some of those people had been armed, it would’ve been a much different story.”

While anti-gun advocates argue that having a handgun only increases the risks for harm, many notable anti-terrorism analysts and trained professionals continually advocate for the practice.  Concealed carriers, for lack of a better term, are in a position to help.

“On my hip I’ve got a 9 mm Glock, so I’m prepared if something happens,” he said. “If everyone was prepared to get involved, maybe we’d have fewer casualties. Even domestic terrorists hit places where they don’t think they’ll get much resistance, like movie theaters.  I think the answer is, whoever is able to carry a gun legally, it would help.”

In the end, it comes down to having a law-abiding citizen with a gun being able to respond to an active shooting situation or waiting for police to arrive.