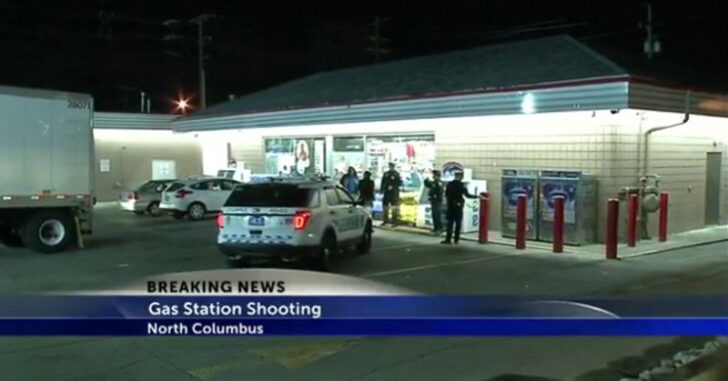 COLUMBUS, OHIO — A customer at a gas station made the decision to involve himself in a theft, and he learned lessons that he should have learned before he decided to be an armed citizen.

Early Monday morning, the customer was shopping at the gas station when he witnessed a man leaving the store with a case of beer that he did not pay for. The customer, who is a concealed carrier and was armed at the time, decides to follow the man outside and around the building.

The armed customer says that he fired one round at the suspect and told police that he did so after the suspect pointed a gun at him. The suspect got into a vehicle and took off, but our armed citizen decided to give chase on foot to get a license plate number.

Nothing good came of this situation, and three potentially fatal mistakes were made by this armed citizen:

1… Following a suspected thief out of a store is not your job as a customer. For all you know, they could be armed (and this suspect apparently was). Unless you’re loss prevention, it shouldn’t concern you.

2… The armed customer continues to follow the suspect and then fires a shot at that suspect, seemingly after the suspect pointed a gun at him. This entire situation of firing a shot at a fleeing suspect –that he shouldn’t have been chasing in the first place– could have and should have been avoided by not giving chase.

3… Even after seeing the suspect display a gun, the armed customer still decides to give chase on foot to get a license plate number. I don’t know about you, but I’d stop going after someone once they pointed a gun in my direction. That’s just me. The armed customer was interviewed by reporters on the incident and had this to say: “[The Detective said] I probably should have never chased the guy. Lesson learned. If your life isn’t in immediate danger like that, you know, especially if you don’t have a firearm or a means of defending yourself, [inaudible] just let it go.”

This is a teachable moment here, and I’ll try to hammer this point home. If you, as an armed citizen, make the decision to carry a firearm in public (or anywhere) for self-defense, you’d better as hell know when and when not to draw your firearm. There are times when it’s appropriate, and then there are times like this.

There is no word on whether the armed citizen will be charged, but I say he needs to be held accountable for his negligence in some fashion. Too hard? Chime in below with your thoughts.

Previous article: Responsible Gun Owners Don't Return To A Conflict Next article: [CCW In Action] Detroit Bar Owner With CPL Fights Back After Thug Shoots Him