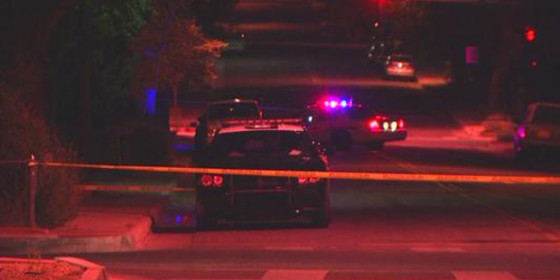 ALBUQUERQUE, NEW MEXICO — One of three home invasion suspects was shot dead by the homeowner Friday night after the two exchanged gunfire.

The three intruders knocked on the door and then robbed the roommates who were living there at gunpoint. During the robbery, one of the roommates was armed and fired at the intruders, hitting 37-year-old Carlos Menchaca.

One roommate was shot and injured, while Menchaca was taken to the hospital where he later died from his injuries.

The injured roommate is in critical condition.

No arrests have been made and police are actively searching for the other two suspects.