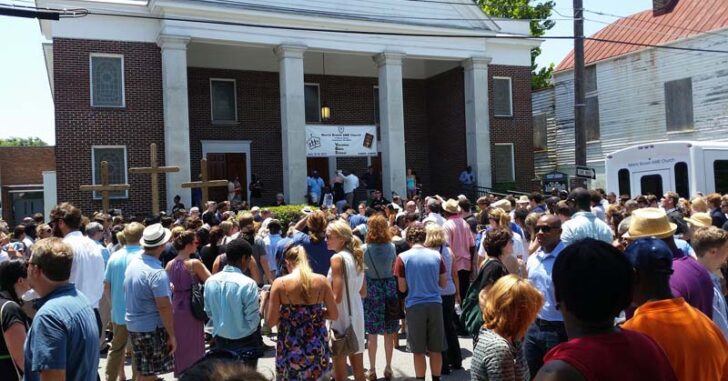 People are angry about the church shooting in Charleston, and they should be. Some of the logic thrown out, though, doesn’t sit very well with me.

In the opinion column, Victor LaForest voices his opinion that, had a concealed carrier been inside the church at the time, the potential for a lesser loss of life could have been there. This, I can stand behind:

A wish for more guns (link)

Regarding the Charleston, S.C., church shooting, it’s very sad there wasn’t a concealed carry weapon or two in the congregation. A lot of pain and death could have been stopped.

As a response to Victor, Morris Schorr chimes in with their take on firearms and concealed carry, bluntly stating that the murderer’s gun was one too many:

One concealed gun was too many in Charleston (link)

Letter writer Victor LaForest laments that there wasn’t a concealed carry weapon at the Charleston, S.C., church. But there was. And it was used to murder nine people.

See, this is the logic that I will just never understand. Morris is under the impression that bad people will, one day, never be able to get their hands on something that they will then use to murder people. Morris; it’s not going to happen. The determined will find a way.

That’s a big part of why people carry firearms. They want to be prepared for the dangers that sometimes come into our lives, or the lives of others around us. Sometimes there is no stopping a person from wanting to commit a horrible crime such as this, however sometimes, they will fail in their attempt because they were met with armed resistance from a good guy with a gun.