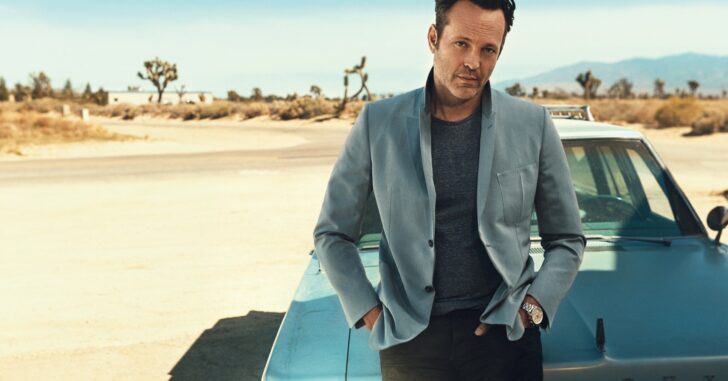 Vince Vaughn recently spoke with British GQ Magazine, and some questions popped up that immediately caught everyone’s attention. Yup, they had to do with gun rights in America. And Vince nailed it.

The first of two gun-related questions came in the form of general gun ownership in America and the right to own a gun, to which Vince replied:

“I support people having a gun in public full stop, not just in your home. We don’t have the right to bear arms because of burglars; we have the right to bear arms to resist the supreme power of a corrupt and abusive government. It’s not about duck hunting; it’s about the ability of the individual. It’s the same reason we have freedom of speech. It’s well known that the greatest defence against an intruder is the sound of a gun hammer being pulled back. All these gun shootings that have gone down in America since 1950, only one or maybe two have happened in non-gun-free zones. Take mass shootings. They’ve only happened in places that don’t allow guns. These people are sick in the head and are going to kill innocent people. They are looking to slaughter defenceless human beings. They do not want confrontation. In all of our schools it is illegal to have guns on campus, so again and again these guys go and shoot up these f***ing schools because they know there are no guns there. They are monsters killing six-year-olds.”

The 2nd question focused on allowing guns in schools, and the response again was brilliant. Asked if he feels that guns should be allowed in schools, he replied:

“Of course. You think the politicians that run my country and your country don’t have guns in the schools their kids go to? They do. And we should be allowed the same rights. Banning guns is like banning forks in an attempt to stop making people fat. Taking away guns, taking away drugs, the booze, it won’t rid the world of criminality.”

Vince has always taken a pro-2nd Amendment stand, and this isn’t likely to be the last we hear from him on the topic. It’s important to have people of his influence shed light on the importance of gun ownership. Having him do so in the perfect way that he does is just an added bonus.