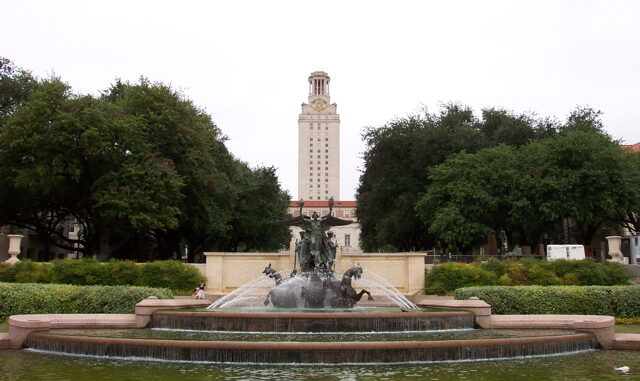 Today, the Texas State Senate is holding public hearings on SB11, which would allow holders of Texas concealed carry permits to carry on college campuses within the state, including the interior of campus buildings. Current Texas law allows permit holders to carry while on parking lots and campus grounds, but not in campus buildings. The proposed bill has generated controversy. As reported by Breitbart News, an email from the Faculty Council has been broadcast to all faculty members at the University of Texas at Austin, the main campus of the University of Texas System. The email encourages faculty to oppose the bill. The Chancellor of the University of Texas system, retired Admiral and former Navy SEAL William H. McRaven has written to the Governor of Texas in opposition of the bill.

Meanwhile, the Chancellor of the Texas A&M System, John Sharp, has written to Lt. Governor Dan Patrick in support of concealed carry on campus. The two university systems, traditional rivals, have taken opposite sides of a very important debate which we at Concealed Nation are following carefully. We will report further developments as they occur.

It is important to note that both the University of Texas and Texas A&M receive financial support from the taxpayers of the state. According to the Texas Legislative Budget Board, state institutions of higher education received over $23 Million of funds authorized by the state legislature in the 2012-13 fiscal year, of which $12 Million was derived from the General Revenue of the state. The remaining portion comes from Federal funds under the control of the state legislature.

State laws concerning our Second Amendment Rights are rapidly evolving. It is important to all of us to stay informed and to make sure that our voices are heard in the state houses across the Nation.