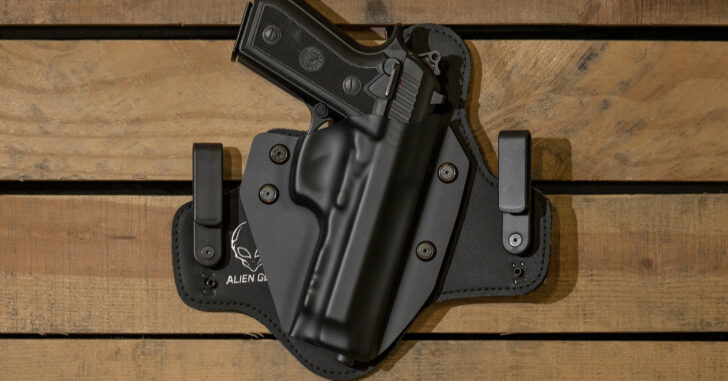 So, lately I’ve been thinking quite a bit about conceal carry and how there are many people out there getting their permits and carrying for the first time. I thought I’d jot down some ideas that may be of help to the newbie.

1) Have total confidence in your pistol.

Whatever pistol you have chosen for your carry piece you should be certain it will fire when needed. This means practice and more practice. I know some firearms require a break in period which, usually, means putting around 500 rounds through the gun before drawing any conclusions about reliability. Whether or not people adhere to this principle is anyone’s guess. Understand, though, that if you have made the decision to carry a gun it is your responsibility to know its reliability.  This, obviously, means shooting not only range ammo, but, and most importantly, shooting your carry ammo.  I discovered – much to my chagrin – my Kimber can be finicky with hollow points.  Turns out this is not all that unusual for a 1911, given the feed ramp is a bit steep.  Needless to say, as unhappy as I was to discover this, at least I did at the range, and not when my life may have depended upon that pistols suspect reliability.  Doing research on your pistol ahead of time is also wise.  Some brands have terrific reputations, others, not so much.  Just know, there are always lemons out there.

2) Maintain a calm demeanor while armed.

Carrying a firearm is a huge responsibility. It is in no way a license to act in a confrontational manner or, really, in anyway that would deviate from normal and acceptable behavior. If anything, knowing I am armed means I will go out of my way not to have a confrontation with someone. No more flipping off other drivers because they cut me off – okay, I didn’t do much of this before I began carrying – I’m just using this as an example of a pretty boneheaded decision made emotionally, and not logically.  Having the ability to deescalate a situation will go a long way. Drawing a gun is a last resort. I’ve had people ask me if drawing a pistol wouldn’t just escalate the situation. Understand, if a pistol is brought into action, the situation has escalated to the point that person fears for their life. And will likely need to prove this in a court of law. Also remember, you are not the only one walking around armed. I firmly believe an armed society is a polite society.

3) Own a quality holster and belt.

With so many options available, there is really no reason not to have a comfortable set up. And, if you find your gun is not comfortable to carry, you likely will not carry it. I’ve had good luck with finding a belt – some research online will yield a plethora of results.  Holsters seem to be a different animal altogether.  Finding the correct holster may take time. Most gun owners have a half dozen or so holsters kicking around as a result. Many factors go into a holster selection – inside (IWD) or outside (OWD) the waistband being the most obvious. Placement on the body, a snap release, material, deep concealment, etc.  These are all decisions to be made.  A lot of times through trial and error.  A terrific option for IWD is a hybrid holster. These have become very popular and for good reason. Half the holster is leather (or another material such as neoprene) – the side of the holster contacting the body, and the other half is kydex. The leather or neoprene backing means comfort, and the kydex makes for nice retention while allowing for a quick draw.

Speaking of draw – I guess I’ll say this is point 3a – practice your draw. This should be common sense but I am always surprised to hear people say they don’t do this. Muscle memory is your friend. Draw, and draw some more, until it becomes second nature. Practice in different attire as well.  Seasons and weather impact how many layers you are wearing, which will impact how quickly you can access your gun. Also, drawing your pistol allows you to practice trigger discipline. When I began handling a pistol for the first time I was a bit alarmed to see my trigger finger automatically go to the trigger when I picked up the gun. Maybe this was left over muscle memory from playing with toy guns. Maybe it happened because that is what the index finger is supposed to do. Who knows? But, I was sufficiently concerned to make sure to practice picking up/drawing the gun until not touching the trigger became a habit. Now when I reach for a pistol my trigger finger is extended. It’s instinctive.  This practice cannot be overstated.  You must know how to safely handle your pistol.

4) Carry with a round in the chamber.

Or, don’t carry with a round in the chamber. When I first began carrying I did not chamber a round. I was not yet comfortable enough to do so. Once I realized my gun was safe and secure in it’s holster – it is not going to fire unless the trigger is pulled – and I realized I am competent enough to handle it in that condition – I chambered a round. Prior to doing so I – no doubt – had thoughts that if needed, I would have time to rack the slide. I’ve since concluded that that statement is ridiculous. In certain situations I might. But, we should be prepared for the unexpected. In a case of a mugging or something similar, it is not practical to think I’ll be able to stave off the attack long enough to chamber the round. No amount of small talk, or even clever jokes, is going to buy me the time needed to do so. Things happen fast. But, only carry with a round in the chamber if you are confident you can do so. You may need to work your way up to it. That is okay.

5) Do not talk about your pistol and the fact you are carrying.

First of all being armed does not mean you are some kind of hero. People are not going to be impressed by the fact you walk around with a pistol, and, quite probably, many will think you are paranoid and irrational. I could go on and on about this point – and this would probably make a good topic for another article. The fact is it is nobody’s business that I have a gun on me. Concealed means concealed (in all areas that it is legally permissible).

So there you have a few thoughts and ideas for carry. I want to see as many responsible people armed as possible. I firmly believe each person is responsible for their own safety.  Social predators exist.  They count on their victims being defenseless. Don’t be one of them.

Mike is a man who enjoys solitude, coffee, his pets, and wife. Not necessarily in that order. His favorite firearm is, generally speaking, whichever one he happens to be holding.

View all posts by Mike_V

Previous article: First Batch Of DC Concealed Carry Permits Have Been Issued, For A Grand Total Of Eight Next article: Man Interviews Random People About Repealing The Bill Of Rights, The Responses Are Sheepish