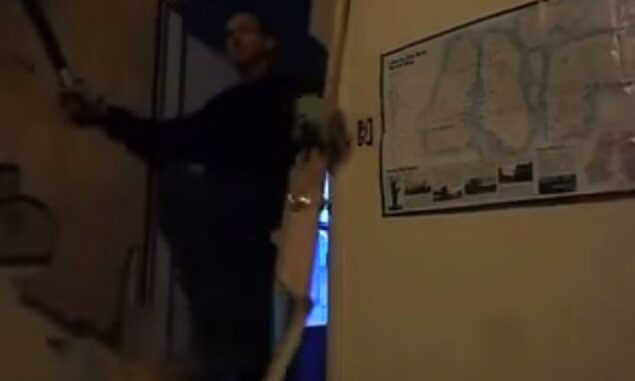 I’ve said it before and I’ll never stop saying it; Carry At Home.

This video shows a February 2014 incident where Twain N Thomas was shot three times after he kicked in a neighbors door and proceeded to approach the occupants with a machete. Fearing for his life, one of the occupants, James Cvengros, was armed with a handgun and ultimately fired at Thomas.

The video view ends at that point, but the audio continues, and Thomas can be heard moaning as Cvengros tells him to stay down.

It wasn’t the first time that the neighbors had problems with Thomas. In fact, the very existence of Cvengros’ handgun used to defend himself and his girlfriend is credited to Thomas, as he broke their door down on a previous occasion.