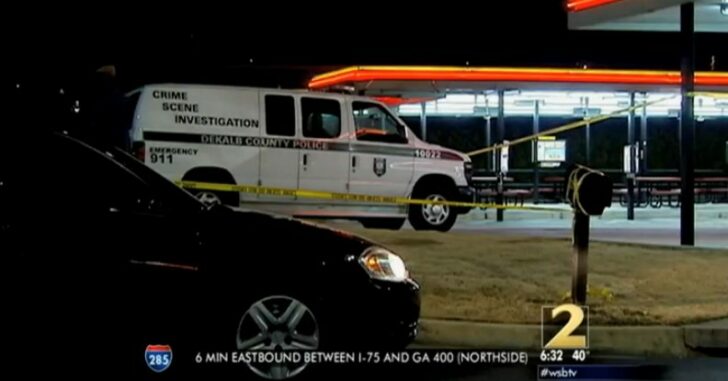 It’s no secret to us concealed carriers that the fast food company Sonic is anit-gun. I don’t have any around me but if I did, I wouldn’t stop there for food.

A man was waiting in the drive-thru of a Sonic in DeKalp, GA on Sunday night when a group of armed men approached his vehicle and demanded money.

Little did they know, their intended victim was about to turn the tables.

“The victim had his own handgun was able to shoot the suspect, who fell to the ground. The other two or three suspects fled from the scene,” said DeKalb police Lt. Mark Lavigne.

Along with the man who was shot, police arrested two others connected with the attempted armed robbery. A fourth suspect is thought to have gotten away.

The suspect who was shot was brought to the hospital and was listed in critical condition.

Previous article: Graphic Video: Neighbor Breaks Down Door With Machete, Is Shot Three Times By Occupants; This Is Why We Carry At Home Next article: [FIREARM REVIEW] Oldies But Goodies: The Browning Hi-Power