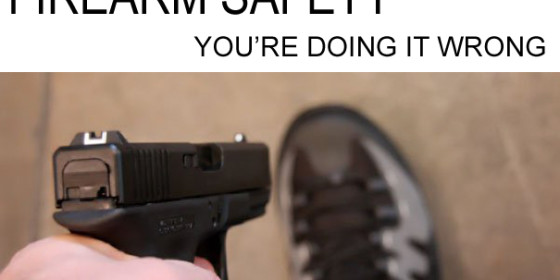 It’s one of those cases that we never like to see, and it was completely avoidable. Just two weeks into classes, a professor at Idaho State University shot himself in the foot while carrying his concealed firearm in his pocket. How was it avoidable you ask? Well, he thought it’d be a good idea to pocket carry without a holster; a big no-no.

The unnamed professor was treated at the hospital with non-life threatening injuries. The negligent discharge happened while he was teaching a class of about 20 students.

If you are going to carry a firearm, know the rules of firearm safety.

Anyone who blindly starts carrying a firearm in an incorrect fashion is setting themselves up for disasters like this. Not only do we have an injured professor, we also will most certainly see a backlash from anti-concealed carry on campus folks in the coming days and weeks. It’s incidents like this that fuel their fire. Can you really blame them?

It is every single gun owner’s responsibility to educate themselves before carrying their firearm. Before I started carrying, I was researching different aspects of carry for days. It only seems logical.