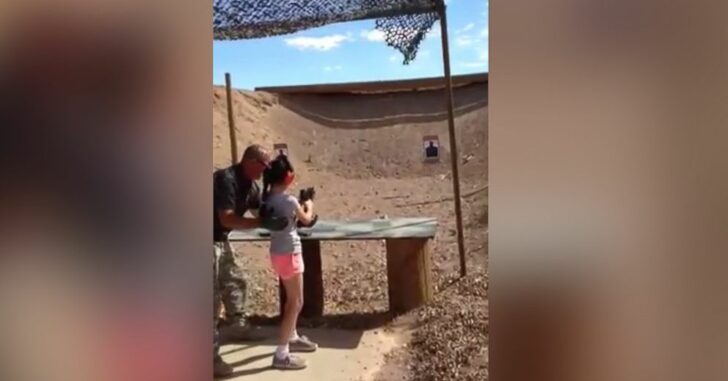 There was a horrible accident recently in Nevada, where a range instructor was shot and killed by a 9-year-old who was on vacation with her family. The child was learning how to fire an automatic Uzi, which the parents allowed (under the direct supervision of the instructor).

I’m sure as a parent, their train of thought was something along the lines of this: “He’s a trained range instructor and this is his job. He’s in control of the situation, so it’s safe to let our child try this firearm.”

Granted it was a freak accident, it still happened. A man lost his life, and a little girl will be haunted by this incident for her entire life.

Even with this incident, it doesn’t negate the fact that it’s important for children to learn how to use and shoot firearms safely… but maybe not automatic Uzi’s. If she were firing a few different models of .22LR firearms that day, perfectly acceptable. Maybe even a .380 if it’s her first time firing a gun. But an Uzi? Flipping the switch to auto? Nope nope nope. It’s been happening for years though, and it was an accident waiting to happen.

But who is to blame, if anyone? As the instructor was not new to this, he obviously felt confident that the young girl could handle the firearm she was given. Should he have held the firearm with her? Should he have been standing behind her instead of next to her? Yes to both of those questions, probably. The problem though, is that this example will be used for years to try and limit access to firearms by children, when a range of this sort is a great educational tool to teach them about safety.

We could have 100 years accident-free without a blip on the radar. As soon as one mistake happens though, it’s game over. It is up to every person handling a firearm to be as responsible and as safe as they can be.

With firearm education and safety no longer taught in schools as a standard, it’s up to parents and places such as this range to educate and promote safety.

Uzi’s should not be part of a tourist attraction for a 9-year-old. If the parents wanted to give an Uzi a shot, great. But a 9-year-old? There’s a line, and it was crossed in my opinion.

Previous article: CCW IN ACTION: Ohio Woman Wasn't Abducted Thanks To Her Concealed Carry Firearm Next article: Top 30 - America's Most Heavily Armed Counties On A Map; You May Be Surprised