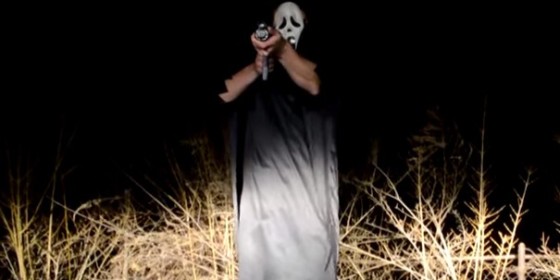 I feel like this is becoming a thing. This is the third time I’ve shared something like this, and probably the 10th video I’ve personally seen that deals with an idiot just like this guy.

I semi-joke in the title of this article and poke fun at the fact that, even though they list the title of their video as a prank ‘gone wrong’, it actually went pretty right. Most people that possess a sane mind would be inclined to think that, at some point, you may encounter someone carrying an actual firearm to defend themselves.

Another ‘prank’ where a YouTuber goes around in public with a fake gun and pretends like he is going to shoot them. This time however, a man drew a real gun on him and he could have easily been shot. There is no way of telling if the man who drew his firearm was carrying legally, but that isn’t the point for this post. The point is this: In all seriousness, these videos really need to stop. They aren’t funny, and someone is going to get injured or killed at some point. It’s only a matter of time.