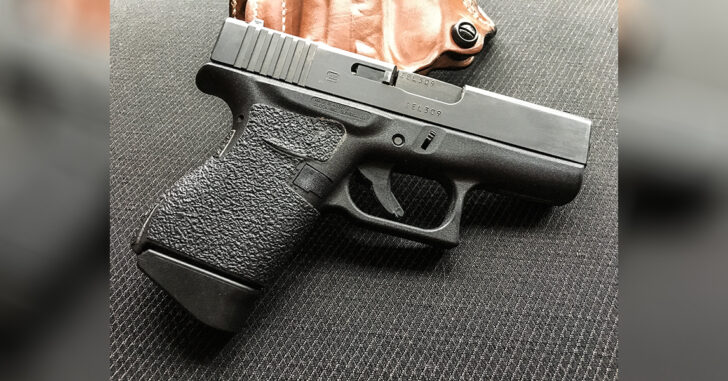 It’s no secret that crime is on the rise.

Being a victim of violent crime isn’t inevitable, but it’s far more likely than we’d like to think or admit.

As responsibly-armed citizens, we have an imperative to differentiate ourselves between victims and defenders when we can.

The best thing we can do is prepare. We do that through investing our time and money in defensive tools and training.

Below are five tools that you can carry all the time, as long as your federal, state, and local laws permit you to do so.

I mean, duh. This is a concealed carry website.

But seriously, this is the ultimate equalizer in a life-and-death self-defense situation.

My personal current setup includes a Sig P365XL and a KSG Armory IWB Holster, which I’m demo-ing for the company.

It’s not as effective as a firearm, but it is a measure of non-lethal protection that can be utilized when there is a need for self defense but deadly force isn’t warranted.

As a less-than-lethal defensive tool, there’s also the potential of being able to legally carry this into more places than one might carry a legally-concealed firearm.

No, your phone’s not good enough.

A bright, compact flashlight can help avoid dangerous situations and project an image of an active, alert person – not someone a criminal would ideally choose to victimize.

It can also help navigate buildings with cut power, dark alleys, and the area around your parked or broken-down car. It’s just a universally-helpful tool.

I’ll be the first to say that you do not ever want to bring a knife to a gun fight.

What I mean is, if you are attacked to an extent where your life is in jeopardy, that’s what a responsibly- and legally-carried handgun is for.

There’s question as to whether or not a knife is a self-defense tool at all.

In fact, Knife Informer had this to say in their own article titled “The Best Knives for Self-Defense:”

Concealed Nation’s not legal counsel, and we’re not recommending that you use this in a self-defense situation.

People carry pocket knives for self defense all the time regardless, which is why the eternal pocket knife is on the list anyway.

A pocket knife is an incredibly useful tool for countless other reasons – just please be careful and responsible.

5) Your Hands and Feet

Hard to penalize these hands, right?

Sure, your own limbs aren’t technically tools, but they are wildly underrated implements of self defense. If you’re only training with your firearm, you’re missing out on the handiest (get it?) means of self defense available.

If you’re physically able, take some time to learn some basic unarmed self defense. ‘