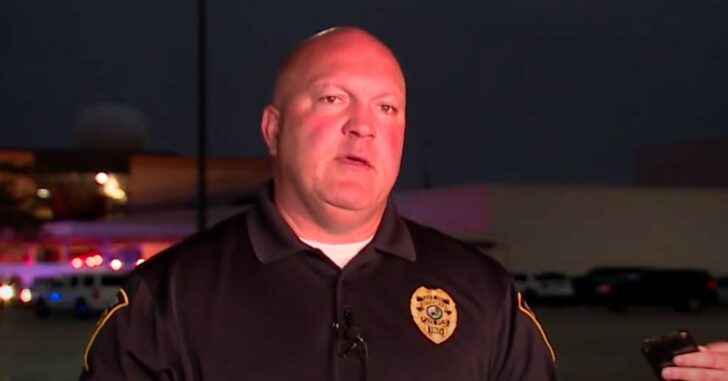 Three people were killed and two others injured in a mass shooting by a suspect who entered a mall with a rifle and multiple magazines. Within seconds, a 22-year-old who was legally carrying a handgun shot and killed the suspect, ending the rampage.

The incident happened just before 6 p.m. local time in the area of the food court in Greenwood Park Mall.

Police say the suspect entered and almost immediately began firing at people inside. Four of the five victims were said to be female, and the fifth male. A 12-year-old girl is said to be among the two injured.

Officers were called to the mall after reports of shots fired. When they arrived, the killings had already been stopped.

“The real hero of the day is the citizen that was lawfully carrying a firearm in that food court and was able to stop the shooter almost as soon as he began,” Ison said.

🚨BREAKING NEWS (9:30pm update)… 🚔“THE REAL HERO” according police is a 22-year-old man from Bartholomew Co. who was “legally” carrying a concealed firearm. This is the “good samaritan” who took out the Greenwood Park Mall mass shooter this evening.🚑🚒#BreakingNews #Greenwood https://t.co/69ctzWpspe pic.twitter.com/6n5IJPw9IJ

The full press conference that aired at 9:30 local time can be viewed below: