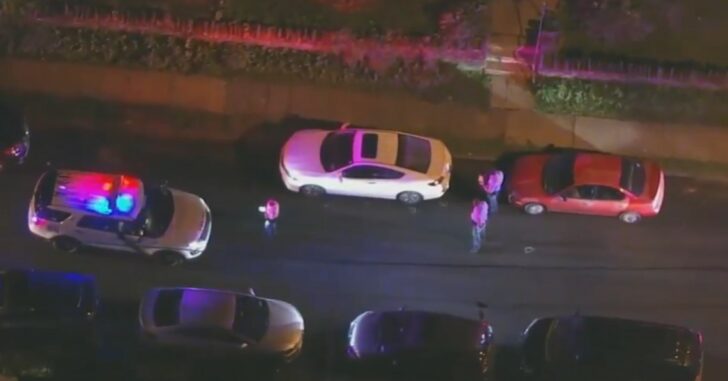 PHILADELPHIA, PENNSYLVANIA – An off-duty security guard was shot during an attempted carjacking Tuesday evening in the Germantown neighborhood, according to police. The incident occurred around 10 p.m. in the 300 block of Earlham Terrace.

The man was getting ready to leave for work and discovered that his vehicle would not start.  As he prepared to take his wife’s car, he was approached by four males who split into pairs and came from two different directions. At least one of the suspects was armed.

When the 43-year-old security guard began to draw his handgun, at least one of the suspects said, “Don’t do it”; however, gunfire was exchanged between the victim and at least one suspect. The victim’s gun, which was recovered by police at the scene, malfunctioned during the shootout. He suffered a single gunshot wound to the shoulder and a graze wound to the forehead. He was transported to a local hospital for treatment and is listed in critical but stable condition.

The investigation is continuing, and detectives are reviewing video surveillance footage from the area in an attempt to identify the suspects. The victim’s vehicle and another unoccupied vehicle were hit by gunfire, but no other injuries were reported.

As is so often the case, erroneous information was provided by police early in the investigation before all of the details were sorted out. In this case, it was reported that the incident was an attempted armed robbery but later corrected to state that it was an attempted carjacking. The victim was initially thought to be an off-duty corrections officer but later confirmed to be an off-duty security guard, and reports suggested the gun malfunction was due to the firearm being struck by gunfire which also turned out to be incorrect.

Neighbors were understandably shocked and upset. Robert Haz said, “The gentleman is a nice person and I’m really surprised this happened here”, while Nancy Jackson commented, “The violence is encroaching us so closely, it’s scary but I still love it here”.