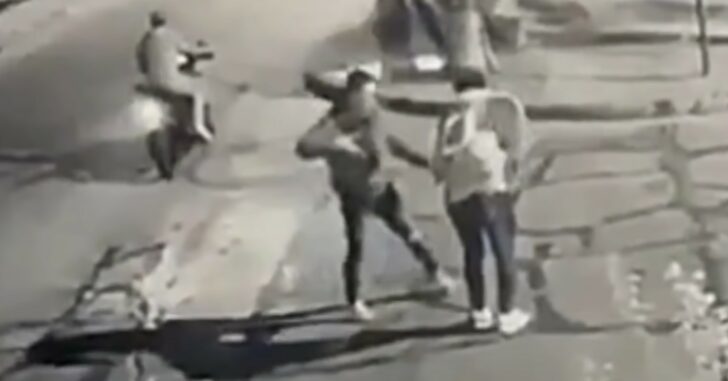 An occupational hazard of being a criminal is having your intended victim fight back and, for example, shoot you in the face. That’s exactly what happened to this man who hopped off the back of a motorcycle with a gun in his hand and approached his target.

The target was an off-duty police officer who pretended to reach for his wallet, and instead produced a firearm and put three shots directly on target before the bad guy even knew what was going on.

As the officer reached for his gun with his right hand, he used his left hand to distract the robber. The moves were pretty slick, and gave him the upper hand to make his move and save his life.

Graphic Video: The video below is graphic in nature, and may be age-restricted by YouTube. If this message appears below, click “Watch on YouTube” to view the video.

Previous article: Estranged Husband Kicks In Door Of In-Laws Home, Apologizes To Wife For Putting Her Thorough "This” Before Shooting Her Next article: [GRAPHIC WARNING] Former NFL Player Violently Attacks Ex-Girlfriend In Front Of 5-Month-Old