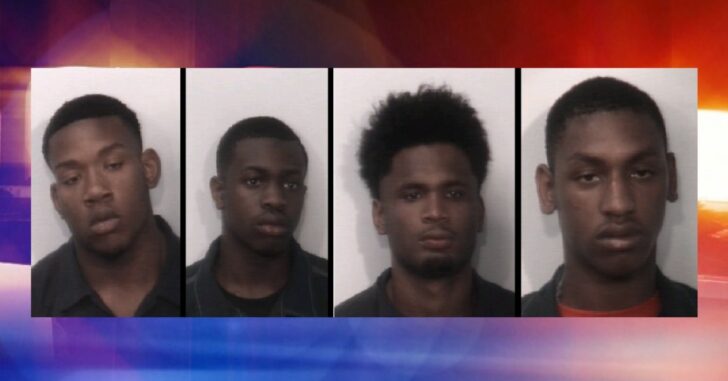 BEECH BLUFF, TN — Police have arrested five suspects for their involvement in an attempted burglary at the house of Madison County mother Elsie Lee.

WBBJ reports that Elsie was sleeping in her home when she heard a tremendous noise.

Someone was trying to kick open the door to her home.

“We were asleep, and I thought I had heard something but I wasn’t for sure,” Lee said in an interview with WBBJ. “I thought I was just dreaming something, and then I heard a big bang again.”

“Protect my son” was all she could think.

So she suited up — she grabbed both her shotgun and .45 caliber handgun and went right to it.

“I got up and came running through the hallway and my gun was sitting on the dog cage, and the guy was standing in the kitchen. He had just busted my door open.”

“I put the gun in his face and asked him if there was something I could do for him, and he was gone just that quick,” Lee said in the interview. “I chased him out the back door trying to look at the tag number on the car, something I could describe other than just him.”

Police report that Quentin Childress, 20, Jaylon Chiles, 18, Amar Johnson, 21, Kendrick McMullin, 19, and one juvenile were all arrested by county deputies.

This could have been a nightmare situation, but one protective mother, responsibly-armed, kept the intruders at bay.

Previous article: Resident Exchanges Gunfire With Intruder, He Ran So Quickly That He Left His Shoes Behind Next article: Man Fires Gun Into Ground As He's Attacked By Two Dogs, Successfully Scaring Them Off