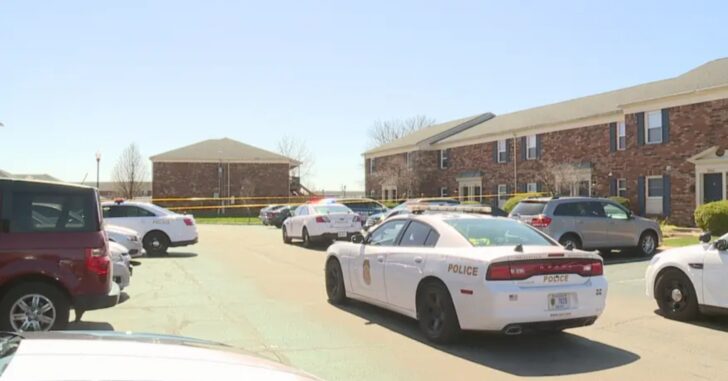 INDIANAPOLIS, INDIANA – A man was shot in the neck during a domestic situation Monday afternoon, according to Indianapolis Metropolitan police.  Officers were dispatched around 1:10 p.m. to a unit in the Lake Castleton Apartment Homes at 7600 Kingsport Road.

According to the police report, a man and woman were involved in a domestic situation during which the man was “being aggressive” with the woman. The woman then shot the man in the neck.  He was transported to a local hospital in critical condition, according to a press release by IMPD Lt. Shane Foley.

IMPD officers at the scene reportedly said that the shooting appeared to be a case of self-defense; however, the shooting remains under investigation and police have not commented on what, if any, charges may be pending.

Indiana’s “Stand Your Ground” law says that a person is justified in using deadly force and does not have a duty to retreat if the person reasonably believes that deadly force is necessary to prevent serious bodily injury to the person.

If you or someone you know is a victim of domestic violence, or if you are an abuser who is seeking help to stop, you can call the National Domestic Violence Hotline at 800-799-7233. If you prefer the website, you can get resources or chat live at www.thehotline.org.

Previous article: Woman Shoots Into Drive-Thru Because Her Order Was Taking Too Long Next article: Homeowner Opens Fire on Pair of Men Who Broke Into His Home