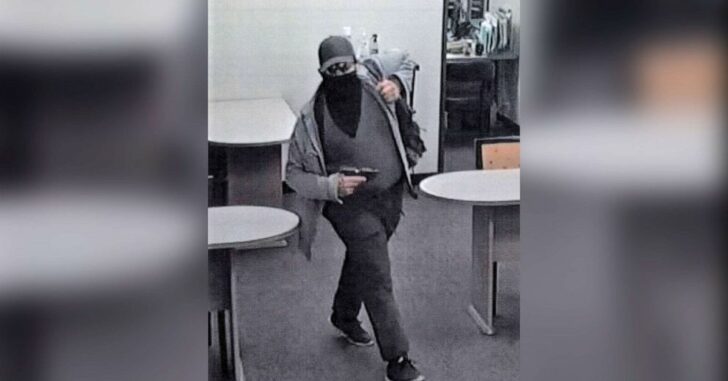 By now, you have probably read or watched the coverage of the tragic shooting that occurred at a two-story office complex in Orange, California, a suburb located approximately thirty miles southeast of Los Angeles. Four people, including a 9-year-old boy, were fatally shot, and a fifth victim is hospitalized in critical but stable condition. The incident unfolded on Wednesday, March 31st.

The gunman, who officials say had “issues” with co-workers, locked the gates to the building’s courtyard, and is currently listed in critical but stable condition. While the crime qualifies him for the death penalty, a reluctant District Attorney and a moratorium issued by the Governor in 2019 make the likelihood of being sentenced to death highly unlikely.

This incident did not occur in a dark alley in an economically depressed neighborhood. Like many other workplace shootings, it occurred in broad daylight. In this case, in a business complex on a tree lined city street that is flanked by homes, businesses, churches, and banks. It only shows the nation that these senseless attacks can occur anywhere, anytime, and for any reason…and sometimes for no logical reason.

What does it take to stop an individual like this? It takes one law-abiding citizen, armed, reasonably trained, competent, and aware of their surroundings. One situationally aware adult with a concealed handgun could have stopped the assailant.

Unfortunately, California is one of many states that chooses to make obtaining a concealed carry license or permit (the terminology varies from state to state) extremely difficult for its law-abiding citizens. By doing so, they also severely restrict a citizen’s rightful ability to defend themselves and their loved ones from those who would do them harm – whether that is a street thug, bank robber, mental health patient, or a disgruntled eco-worker.

How many of us have worked with someone who we suspected may ‘snap’ one day and start attacking co-workers at random? How many of us have gossiped about the employee who was terminated, and speculated that they may return to retaliate against those who they fault for their termination?

The first workplace mass shooting (four or more deaths) of modern times occurred in 1967 at a paper mill. By the 1990’s, there were sixteen such incidents: a Xerox office, a Radisson hotel, two financial firms, and four postal facilities (although only two met the definition). In 1993, the term “going postal” was a household phrase. Even military installations felt the sting of three incidents between 1994 and 2013.

A study of 171 mass shootings provided the following similarities of the individuals responsible: Male, aged 40-49, any race, blue-collar worker, with issues related to employment. When looking specifically at data gathered from workplace shootings, the shooter’s average age was 37, 39% were white and 54% were minorities, 49% used firearms legally purchased, 18% had been abused as children or witnessed abuse, and 53% had mental concerns. But the most sobering finding was that a resounding 86% displayed signs of crisis or a marked change in behavior, including failure to comply with directives, exaggerated emotional responses, and increased interest in violence or weapons. These behavioral changes were often triggered by a reprimand or dismissal in the workplace.

However, those are observations and not rules. There is currently a $10,000 reward and a nationwide search for a for a 49-year-old white female murder suspect and her husband. After having a workplace dispute with a co-worker over moving tables in a work area, she was sent home by management for three days. She returned to the workplace, fatally shot the co-worker in the head, and the pair disappeared without a trace and have not been seen in the two-and-a-half months since, despite dozens of leads and dozens of U.S. Marshals working on the case.

Regardless of how difficult or costly governments may make owning and carrying a legally concealed handgun, what price can you put on your ability to defend yourself and your loved ones. It is why those of us who choose to carry responsibly will spend several hundred to a thousand dollars or more for the required application fees, permit/license fees, a quality handgun and concealment holster.

Whether you carry or not, you should be aware of your surroundings and have a basic knowledge of who is coming and going. Offices, cubicles, loud machinery, or a required focus on the task at hand can make maintaining your situational awareness difficult of what is happening at any given moment; however, you can over time observe anyone who raises your suspicions.

Look for a change in behavior patterns, especially if they are disruptive or frequent and go with your gut instinct. Most of us have a pretty good idea when someone “isn’t acting right” and is displaying warning signs. If you feel that the safety of yourself or others is threatened, follow your workplace’s policies and procedures for reporting such concerns. If your concerns fall on deaf ears, you are well within your rights to report your concerns to law enforcement.

Previous article: 12-Year-Old Son Fatally Shoots Father After Mistaking Him For An Intruder Next article: GUNS COST TOO MUCH!!