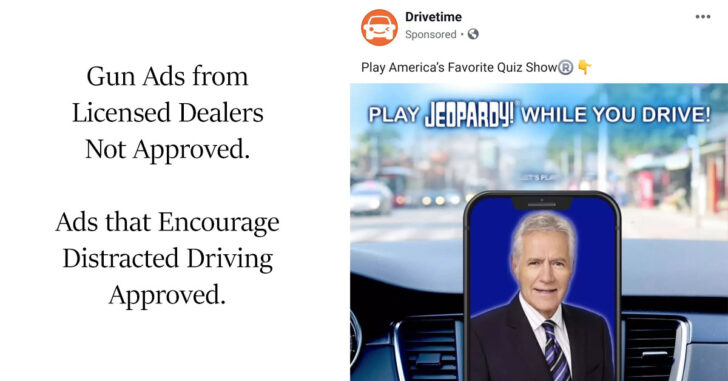 Nearly 5,000 people were killed in automobile accidents that resulted from distracted driving in 2018. An estimated 391,000 others were injured. In a world where everyone has a cell phone, it’s big money. A company reaching for that money seems to be Facebook, as they’ll have no problem approving an ad that blatantly promotes being distracted while driving.

Scrolling my news feed, this ad popped up:

But if you’re a licensed gun dealer and want to sell a firearm or some ammo to a law-abiding citizen, you’re out of luck with placing ads on the platform.

Somehow, those almost 400,000 lives don’t mean so much in the name of ad revenue.

Should I now talk about how firearms are used in lawful self-defense millions of times a year in the United States?

It won’t matter. The boogeyman has already been labeled.