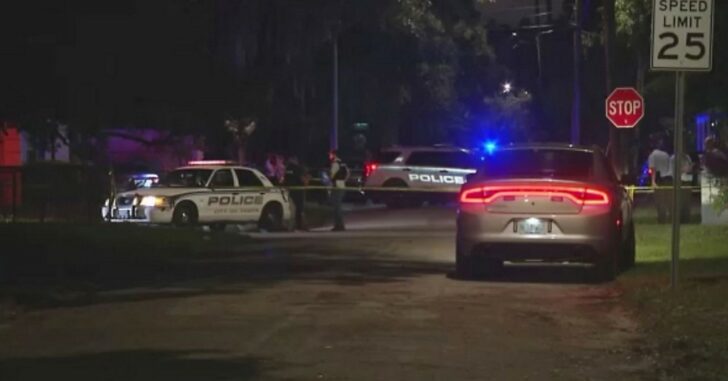 TAMPA, FLORIDA — The city of Tampa is not alone, with a heightened number of shootings and murders that keep racking up in 2020. Since March, the city has seen 100 people shot. Over 40 have died, compared to 25 by the same time last year.

Chief Brian Dugan is concerned with the numbers, and fearful that the community isn’t taking this plague seriously.

“We’ve been so caught up in COVID and elections and everything, and that’s important. But the gun violence in our street is a major concern and I’m worried that not enough people care about it,” he said.

The latest shooting happened on Thursday, and the toll wasn’t low.

Two people were killed, four people were injured and several homes and cars were riddled with bullets.

It’s likely that the majority of these shootings are gang-related, so it’s not a call to arms by citizens. When gang members fight gang members, they typically live in the same areas and have little regard for those around them.

The best option for people who live in the area is to take action, but that’s hard to do when crime is rampant. The police departments can only do just so much, and they’re usually there after the incidents occur and rarely have an opportunity to stop them from happening in the first place.

The article notes that it’s too early to tell if the recent shooting was gang related, or if it was neighborhood violence. I know that neighborhoods can be tough, but I never recall a time when I had a disagreement with a neighbor and resorted to shooting at them.

If it is neighborhood violence, good people should be armed and ready for potential conflict.

And, they should be doing what they can to avoid confrontation, just as we teach.