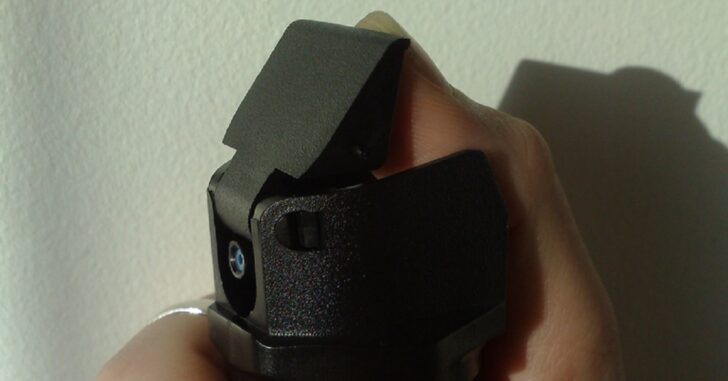 CHICAGO, IL — A Chicago concealed carrier found himself in a very sticky situation when a man at the restaurant where he was located refused to leave, according to reports.

The carrier found himself in a struggle, during which some pepper spray he was carrying fell to the ground. The aggressor got his hands on hit, and before he knew it, a firearm discharged.

Check out the story below, as provided by the Sun-Times Media Wire:

The 35-year-old permit holder was involved in a disturbance with 36-year-old Ivan Weldon, who was asked to leave the restaurant about 5:10 p.m. in the first block of East Adams, Chicago police said. During the struggle, a pepper spray container that the 35-year-old was carrying fell to the ground and Weldon picked it up, police said. The man with the concealed-carry permit then fired a shot, but no one was struck.

Weldon, who lives on the Near West Side, was arrested and charged with a felony count of aggravated battery and a misdemeanor count of criminal trespass to land, police said.

Now, this scenario is interesting.

Is pepper spray a deadly weapon? Not really, but it can happen. As Forbes reported in 2016, the ACLU found that one in every 600 sprayings by police resulted in a fatality, and often the pepper spray police use and the pepper spray that rides with you on a key-chain are very different, if in no other way than the capacity in the container.

What pepper spray is, however, is an incapacitator. A bad guy hitting you with pepper spray is a bad guy who is trying to get you into a position where they can do whatever they want to you whether that’s robbery, injury, or murder.

I won’t say that the presence of pepper spray in an adversary’s hand is sufficient to claim a deadly threat, but it is certainly a major escalation of any given encounter.

Previous article: Thug Storms Detroit Store Brandishing Handgun, Shows What Happens When No One Is Armed Next article: California Business Owner Acquitted of Murder After Shooting Man Who Wouldn't Leave His Property