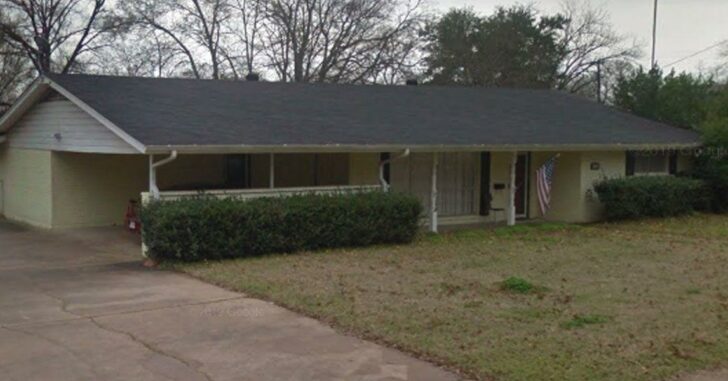 CANTON, TEXAS — This is a great example of why guns and alcohol don’t mix, folks. Police believe the man who was killed was intoxicated, which directly led to his behavior. Unfortunately, it seemed like nothing short of shooting this guy was going to stop his craziness.

[Alan] Bates, according to police, was an attendee at the New Year’s Eve party at the house.

“During the party, Bates became highly agitated at other attendees of the party, became aggressive, and made threats towards a couple who were also visiting the residence,” read a statement from the Canton Police Department. “The couple chose to leave the party to avoid a confrontation.”

Despite the couple leaving, witnesses told police they attempted to calm Bates down and, after he became aggressive and threatening to other partygoers, he was asked to leave the residence.

Police say Bates went to his vehicle, retrieved a handgun, and “walked back towards the residence while screaming threats to kill people inside,” according to police.

“An attendee of the party heard Bates’ threats, and saw Bates approaching the residence with the handgun,” stated the department. “The attendee then armed himself with his own handgun.

“Bates entered the residence with the handgun displayed,” continued the statement. “In self-defense, one of the attendees shot Bates multiple times when Bates began entering the living area of the residence.”

When police arrived they found Bates dead of multiple gunshot wounds. They also retrieved two handguns from the scene, one belonging to Bates and the other from the shooter. After speaking with witnesses, police do not intend to charge the shooter with a crime, as this was an act of self defense.

We don’t know what kind of person Bates was, so we can’t tell if this aggressive behavior was normal for him. It is hard to imagine he would be invited to parties if this was the way he normally acted. Police are looking at alcohol as the culprit that fueled this incident.

There is so much talk in the firearms community about not mixing alcohol with guns. Because people are effected by alcohol in ways they don’t always expect, not having full control of your personal faculties can lead some to doing dangerous things. When you throw a gun into that mix, those dangerous things can become deadly.

In Bates’ case, he lost control of himself and wound up dead because he had a gun and threatened to use it. The shooter did the right thing in protecting other people at the party. Had he not engaged Bates when he did, there could have been multiple fatalities that night.

Previous article: Father Shoots Son After Son Stabbed Him In The Head Next article: Virginia Governor Northam Declares Emergency To Ban Guns At 2A Rally, And You Won’t Believe His Legal Justification