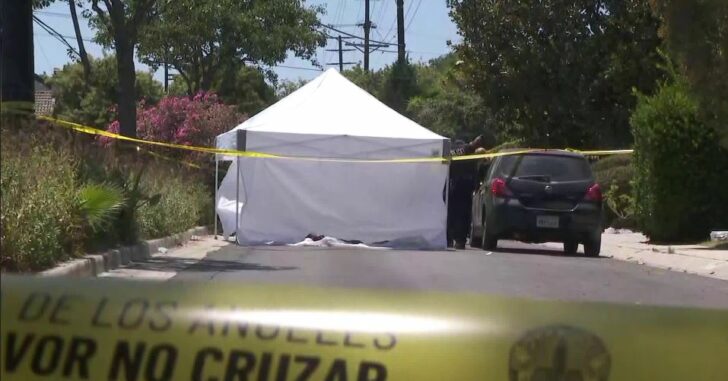 MAR VISTA, CALIFORNIA — Anyone who has worked security can tell you that the strangest and most unexpected things can happen at any moment. For one security guard in California, that includes getting stabbed by an assailant for no apparent reason. Fortunately, our security guard was armed, which likely saved his life.

About 12:05 p.m., a man armed with a knife confronted a security guard at a construction site at Modjeska Place and Inglewood Boulevard, Los Angeles Police Department officials told KTLA.

During an altercation, the man allegedly stabbed the security guard several times before running away.

The guard chased the alleged stabber to West Charnock Road and Inglewood Boulevard, where a second altercation occurred, police said.

The guard then shot the suspect, who was pronounced dead at the scene.

In the middle afternoon a man approaches a security guard at a construction site. This would probably seem to be a normal occurrence for the guard on duty. However, this man had other than peaceful plans. The conversation turned into an altercation, and before long the altercation turned into a stabbing.

The security guard gave chase and caught up with Copeland at a nearby intersection. Here, the security guard uses his firearm and shoots Copeland. When first responders arrived, Copeland was pronounced dead at the scene.

Details of the security guard are not provided in the article. We don’t know his name or background. However, we do know that while on the job he was armed. An armed guard on construction site in the middle of the afternoon does seem a little strange, but this is California. It’s a good thing the security guard was armed, however, because ultimately it was the deterrent which sent Copeland running.

We can look to this incident as a good example on the importance of situational awareness. The security guard seems to have been caught completely off guard by this attack. Without more details its truly hard to fault him since we don’t know exactly how things went down. There are, however, generally signs one should be trained on in that role to pick up on. If such signs existed, the guard missed them completely.

After being used as a pin cushion by Copeland and receiving multiple stab wounds, the guard finally was able to retrieve his firearm. This sent Copeland running away. Ideally, the story should have ended here, with the security guard calling for medical attention. Instead the security guard decided to give chase to Copeland.

In the middle of the afternoon a bleeding security guard with his gun drawn is chasing after a knife wielding man on the streets of Mara Vista. Shots are eventually fired, and Copeland dies on the side of the road. The security guard is taken to the hospital and treated for his wounds. He was in serious, but stable condition following the incident.

We’re happy to see that the security guard was armed, both for his personal protection and for the dangerous job he has. However, generally speaking, one is not supposed to give chase with a gun. Once the security guard’s life was no longer in jeopardy, he should have called 911 for police and an ambulance. Delaying treatment of his stab wounds, and firing shots on a public street corner were not the best decisions.

Of course it’s always easy to critique from the keyboard when we weren’t personally involved or have all the details. Ultimately, we are glad the security guard survived the attack, and had a firearm to defend himself from a random attacker who very well could have killed him.

Previous article: Body Cam Footage Released That Shows Police Shoot Armed Citizen Ryan Whitaker In Back While He Was Complying Next article: Man Breaks Into Home To Take Shower, Is Held At Gunpoint By Homeowner