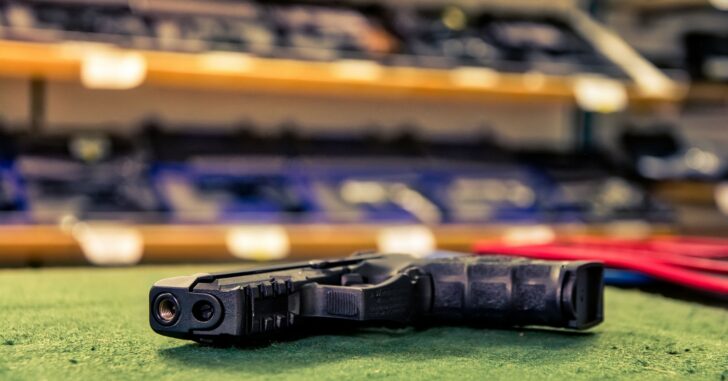 By Kat Ainsworth via TTAG

Here’s a news snippet that’ll warm your gun-loving heart. According to Fox Business, New Yorkers bought more than twice the number of guns in June, 2020 than they did the same month last year. Specifically, there was a 121 percent increase in gun sales in that one-month stretch.

The exact breakdown was a total of 52,252 background checks. 31,003 of those checks were for New Yorkers looking to buy long guns and 11,585 were for handgun purchases. One store owner, a guy by the name of Cliff Pfleger, said he sold nearly nine months worth of inventory over two months. That’s pretty awesome.

“When the original COVID scare started in the beginning of March and people thought they might get laid off, at that point we saw a huge surge,” Cliff Pfleger, the owner of [Long Island Gun Source], told the paper. “We sold out of almost everything we had in the store.”

“We had lines continuously, even though we didn’t have things to sell. The people who are coming to the store — a lot of them were first-time firearm purchasers, and they obviously did not apply or have a handgun license.”

Here’s where the story they reported goes sideways.

Apparently June was also a particularly bloody month for New York City. Multiple sources reported shootings rocketing to 205 total for the month of June, compared to 89 shootings a year back (that’s a 130.3 percent jump).

Here’s what else Fox Business reported:

The Big Apple saw 205 shootings in June, the bloodiest June in 24 years.

Researchers at the University of California, Davis estimated that an extra 2.1 million guns sold nationwide between March and May this year are linked to 776 gun-related injuries that would not have occurred without the sales spike.

Here’s the thing all these super-ethical journalists either flat-out do not understand or choose to ignore: guns are inanimate objects. People control those objects. Violence begets violence. And with all the protests and bored criminals out there since the pandemic went full-tilt and civil unrest and the move move to defund the police began, it’s no surprise whatsoever that crime is on the rise.

The increase in crime has absolutely nothing to do with gun sales and everything to do with everyone and their brother having too much time on their hands. We can find a correlation to this in domestic violence cases increasing…it isn’t because people suddenly became abusive, it’s because people are trapped in houses like never before.

Violent people are acting violently and because their worlds have narrowed down to a smaller focus, smaller victim pool, and higher stress level, hello crime.

As for those gun-related injuries, well, people need training. I’m never for government getting involved in our gun business so no, I do not support mandatory training. But I do believe we as an industry should be pushing harder on the training front and gun stores should do a better job attempting to educate customers.

I have news for you if you’re a new gun owner: just because you were in the military doesn’t make you an expert and “I grew up around guns” also doesn’t mean you know what you’re doing. Your third cousin’s 12 gauge shotgun doesn’t make them an expert, either. Guns take training, so get trained.

It’s great that gun sales are soaring and I hope there’s an increase in people seeking proper training as well (yes, that’s an optimistic thought, but it would be nice). How are sales and training looking in your area?