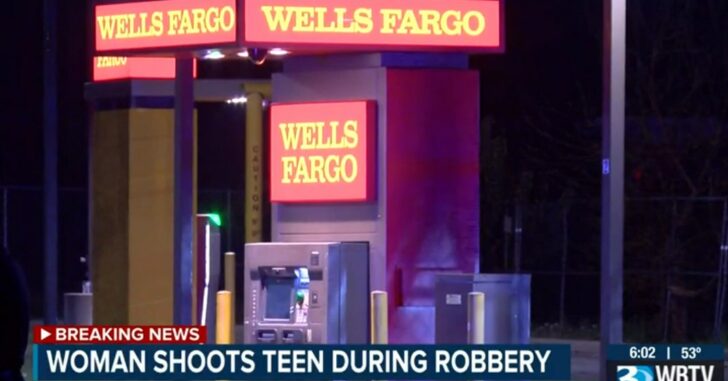 CHARLOTTE, NORTH CAROLINA — A woman told police that she shot a 17-year-old in self-defense after the teen and four others tried to rob her at gunpoint while she was at the ATM.

The unidentified woman called police at nearly the same time the 17-year-old called. She needed to report the attempted robbery and shooting, and he needed help after being shot.

Police are still sifting through the details to determine if the shooting was justified. There is likely a healthy amount of camera footage, given that this happened at an ATM.

Something to think about as a concealed carrier as well; the armed woman seems to have had quick access to her firearm when she needed it most. This can be especially difficult while seated in your vehicle.

Make sure you practice drawing from a seated position, in your car, or that you have your firearm in a place that’s accessible at a moments notice.

Previous article: Anti-Gun People Now Want Guns, And They're Surprised They Can't Buy Them Online And Have Them Shipped To Their Homes Next article: Cities Not Making Arrests For Certain Crimes During Coronavirus Scare; Including Burglary, Theft And Drug Charges