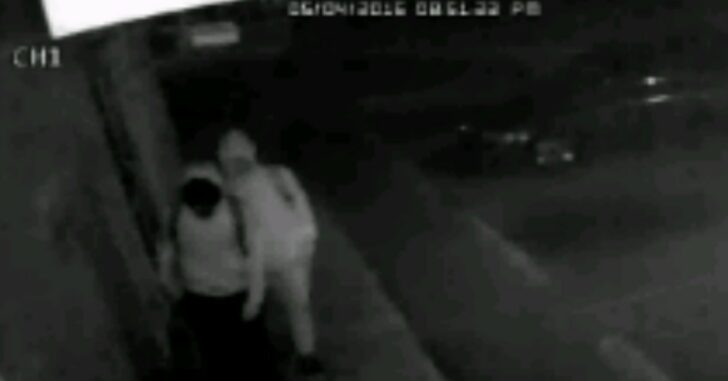 Just four months into concealed carry, a fellow reddit user had to draw his firearm after two armed thugs came into his place of work.

Shared with permission, here is his story:

Hey all, I just want to share my experience real quick.

Background: 21 M, I’ve been carrying my Ruger SR9C for about 4 months now.

Tonight I was getting ready to close up shop at my work, which is a small, one man retail store. About 15 minutes before closing two guys in masks with an AK47 (that was probably fake) tried to rob me. I pulled immediately and they ran.

The whole thing happened so fast. They were in and out in less than 10 seconds. I called 911 and my boss and they responded quickly. Cop there in 5 minutes and 10 more within 10 minutes, along with dogs and forensics. I was surprised and pleased with their response.

One thing that disturbed me is how many people, including cops, that told me they would have/I should have/next time I should shoot them. I am glad I was carrying, it did it’s job to protect me. I did not feel the need to shoot though. They were turned around running before I could level my firearm.

I for one am glad that nobody got killed this evening.

You can compare the car in the parking lot to the car in my post history of you were one of the people doubting this.

10 seconds from start to finish, and that’s not an uncommon time-frame for self-defense situations. He was prepared, though, and sent those bad guys running for safety.

While we’ll probably never know if the AK47 was real or fake, it’s really a moot point at the end of the day. He saw something that he perceived to be a firearm, coupled with their intent to rob him and the store, and took immediate action.

We’re happy to see that this concealed carrier wasn’t injured during this incident, and even happier that he made the decision to start carrying a firearm.

And IMO, his decision NOT to fire is one that I respect. Since this happened so fast and the threats began to retreat immediately, that’s all that needs to be done in order to eliminate the threat in this case. Nothing wrong with that.

Hopefully now, those crooks will think twice when trying to take what isn’t theirs.

Previous article: Tennessee Campus Carry Becomes Law, But Not For Everyone Next article: Armed Motorist Saves His Own Life By Returning Fire On Gang