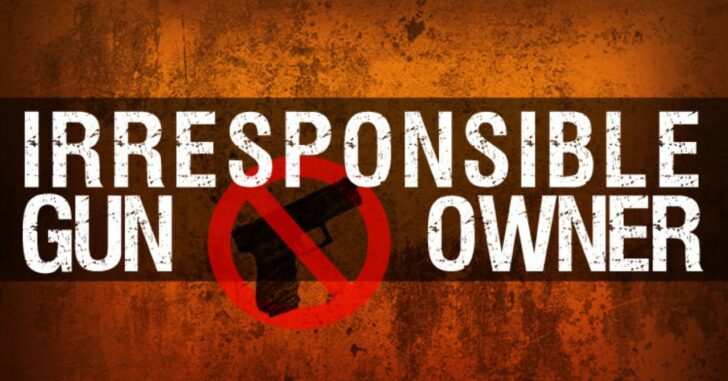 ST. LOUIS, MISSOURI — We’re always happy to hear when people take the steps to arm themselves and carry a firearm. However, that is simply the first step. Learning etiquette and the rules of carrying a firearm is another step. So is training and learning to use the firearm properly. I think this guy missed these other steps of the process.

Police say a 25-year-old had confronted a 34-year-old, whom he suspected was stealing from a vehicle. The younger man was armed and fired a warning shot after chasing down the suspected crook, cops say. The two then fought over the gun, and it went off, hitting the 25-year-old in the ankle, according to police.

Officers took the 34-year-old into custody and sent the 25-year-old by ambulance to the hospital. Neither man’s name had been released as of this morning. Police seized the gun, and the case is still under investigation.

So what we have here is a young 25-year-old guy who stumbles upon another guy trying to steal a car. From the report, it doesn’t sound like the car belonged to the 25 year old. When our armed hero sees the bad guy breaking into the car, he confronts him. The car thief takes off and the young man chases him with his gun.

While in pursuit the young man discharges his firearm as a warning shot towards the crook. The two men then get into a physical altercation. The gun becomes the center of their struggle as the suspected crook tries to steal it away. During the struggle the firearm goes off, hitting the young man in the ankle.

By this time, the police have rolled up to this crazy scene. The crook is arrested and the young man is taken to the hospital.

For starters, kudos to the young man for taking the step in carrying a firearm to protect himself. It is important for Americans to exercise their Second Amendment right. It’s also great that this young man spotted a crime in progress and decided to not ignore it. Stepping up and doing something to stop this crime in progress is commendable, but remember it’s not for everyone.

This young man needs to understand that a CPL or CCW permit is not the same as a law enforcement badge. Just because he is carrying a firearm does not mean he is responsible for using it to fight crime. Simply confronting the car thief probably would have been enough to get the bad guy to run off. Crime over.

Instead, when the crook took off the young man pulled out his firearm and chased him. What did he think he was going to do, make a citizens arrest? To make matters worse he fired a warning shot in a public space at a fleeing target. That is a series of events you never want to do.

Finally, to make matters worse he allowed the crook to physically engage him and fight for control of the gun. The reality, however, is that I don’t blame the car thief for doing this. Clearly this young man was capable of anything, and not responsible with the firearm. The thief may have felt fighting for the gun was the only way to save his own life.

Ultimately, this is a classic example of an irresponsible gun owner. He broke a number of cardinal gun rules, and ended getting shot with his own firearm. If we know people like this in our lives, lets be good gun owners and help them learn good gun safety rules.

Previous article: Whole Family Fights Back Against Home Invader, Shoots Him With His Own Gun Next article: Man Wakes Up To Home Intruder Pointing A Gun At His Head, Wrestles Gun Away, Shoots Home Intruder With Own Gun