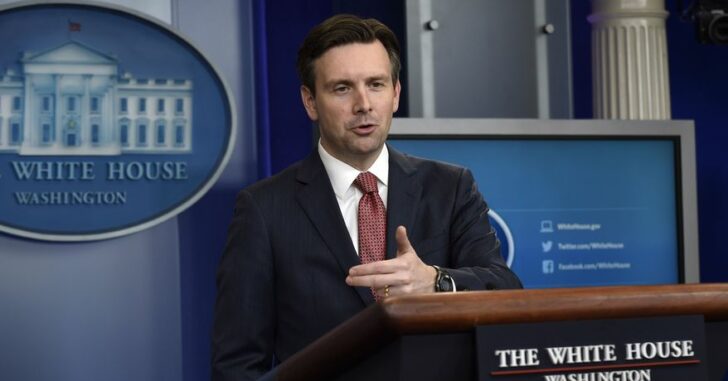 A spokesman for the President was talking Thursday about the record number of citizens buying firearms in recent weeks, saying it’s “a tragedy”.

“The more that we see this kind of violence on our streets, the more people go out and buy guns,” said White House press secretary Josh Earnest. “That is both ironic and tragic.”

This past Black Friday brought in a record number of NICS background checks in a single day and when Earnest was asked why so many citizens were purchasing firearms, he answered “I don’t know, I really don’t.”

“In some cases these are individuals who believe that they need to buy a gun so that they can better protect themselves,” he said. “In some cases because it’s Black Friday, they probably are going and purchasing a gift for a friend or a loved one who is a gun enthusiast. I’m just pointing out that there are already an astonishing number of guns on the streets of America and far too many innocent Americans who are being killed by them.”

I’m not quite sure if Earnest is a gun owner, but I can say for certain that none of my previously purchased firearms are “on the streets of America”, unless of course he’s speaking of the law-abiding citizen who is carrying a firearm and happen to be walking on the street.

If that’s the case, he needn’t worry about “innocent Americans who are being killed by them”, because the law-abiding citizen is not killing innocent people.

As for the ‘why’ portion of the question, the answer is quite obvious. When citizens continue to see the slaughter of innocent lives with no one in the immediate area to shoot back as a way of self-defense, the light bulbs start going off in their heads. The Country is beginning to wake up. What if they could do something that would put themselves in a better position if they ever find themselves faced with a similar threat? What if they placed more of an emphasis on their personal safety?

Then, in conclusion, it should be no secret that more and more people are ready to fight back. It’s becoming clear that people are tired of being the victims.

Previous article: [VIDEO] What To Look For When Buying A Used Handgun Next article: [VIDEO] Police Detective In NJ Admits He Denies Permits To The Elderly, People With Disabilities, Women, And Others