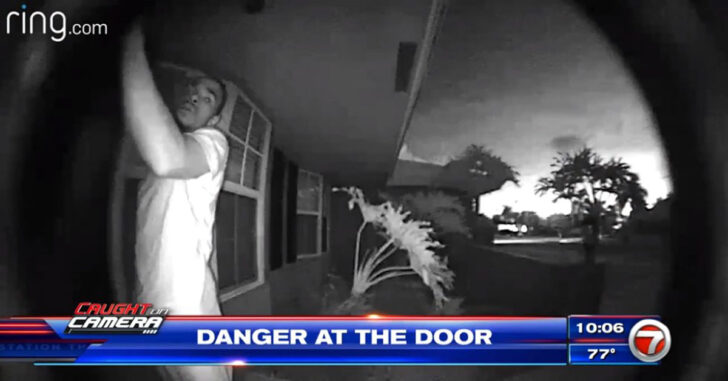 FORT LAUDERDALE, FLORIDA — A mother was on her way home from work one evening around 6 pm when her daughter called her with a frantic message; someone was breaking into the home, and she was home alone.

Kari Bookmyer said she immediately felt compelled to come to her daughter’s aid after receiving her phone call, Friday evening.

“Your first instinct is to protect your children,” she said.

At first, her daughter thought that it was her mother banging on the door. Maybe she had lost her key. It wasn’t long, though, she realized it was someone up to no good. The glass shattered, and Bookmyer grabbed another phone she had to call police while trying to get home as quickly as possible, all while staying on the other phone with her daughter.

The 911 dispatcher recommended that she wait for police to arrive so that they can handle the situation, but this mother wasn’t about to sit idly by while her daughter was in danger.

“I do have a concealed weapons permit, and I did tell the dispatcher I was going in my home,” said Bookmyer. “They suggested to wait for police, but with my daughter inside, I really didn’t care.”

Bookmyer said she raced home. When she arrived, she said, she did not take any chances.

“I went inside, and I had my weapon drawn,” she said. “I told [my daughter] to lock herself back in the bathroom until we knew the house was cleared.”

Police arrived shortly after and did not find anyone else inside the home. The bad guy had taken off, and he’s still being sought by police.

Previous article: Armed Samaritan Fights off Crazed Man Smashing Cars and Terrorizing Drivers On Highway Next article: A THANK YOU To All Veterans Who Have Served Our Great Country