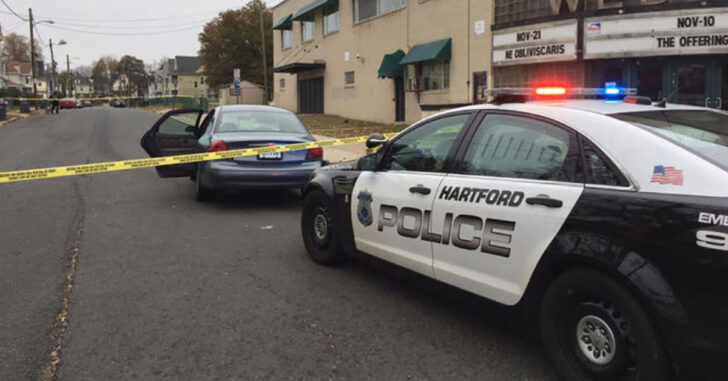 HARTFORD, CONNECTICUT — Pay attention to this outcome: A teenager steals a man’s car and then points his gun at the intended victim, who reacts by shooting the thief in the jaw.

We always read and watch news about thieves, intruders, murders, serial killers, and terrorism, but it is not always this kind of news that has a good outcome for the victims. When this happens, I am even more convinced to stand up for ourselves, and that being a concealed carrier is one of the best things in a world where anything can happen.

Let’s move on to the story, and see how this armed citizen’s firearm helped when he needed it the most.

A Hartford man shot a 17-year-old New Britain boy in the jaw after the teen stole the man’s car from his driveway, according to police.

The man called police at 7:45 a.m. Monday and reported that someone stole his 2001 Ford Taurus while it was warming up in the driveway.

He went looking for his car and found it on Maple Avenue.

According to police, as the man approached the car, the teenager behind the wheel pointed a gun at him, so the victim pulled his legal firearm at shot the teen in the jaw, police said.

The teenager drove off with the car after being shot. Moments later, the police received a call about the car’s location. The car was found abandoned.

The police found the teen after they received another call about a gunshot victim, who realized that his day turned bad, on a street. The teen was transported to Hartford Hospital and his injury is not considered life-threatening.

The New Britain teen already had a history of stealing cars in the area, and even had an active arrest warrant for auto theft charges, Police said.

The car owner is cooperating with the investigation and was transported to the Major Crimes Division, police said.

Police are investigating and the Hartford State’s Attorney was notified.

Perfect day not to be this teenager!

Previous article: New 'Assault Weapons' Bill Would Ban GLOCK 17 And Many Other Popular Pistols Next article: Man Comes Home To Burglar, Who He Shoots And Kills On Sight