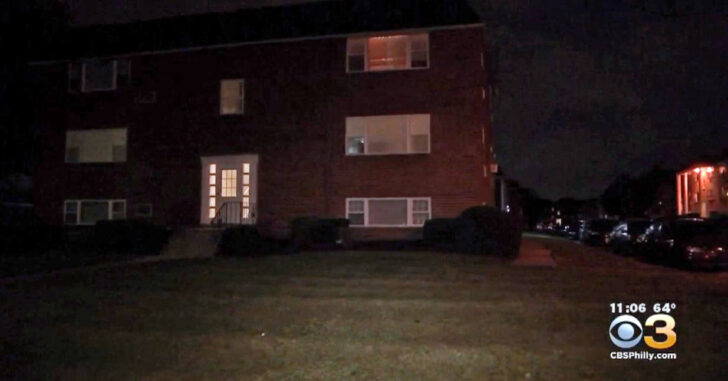 YEADON, PENNSYLVANIA — A 23-year-old man was at a location to sell some hair extensions to someone who he thought was a serious buyer, but it turns out that it was all a setup to try and rob him of the expensive merchandise.

Apparently hair extensions are valuable, and apparently enough for at least one person to risk his life over.

On Wednesday, Sept. 18, just before 11:30 p.m., Yeadon police found the body of Omar Thompson lying in the driveway at 2500 Alfred Drive. He had been shot in the head.

Thompson was part of a group of at least 3 people, who were all in on the attempted robbery. Thompson was the one who confronted the seller, but probably wasn’t expecting him to be armed.

To get him to the location, he was lured by two woman who said they were interested in the merchandise via text message.

“Omar literally jumps in the front window of the driver’s side window, which was down, and is on top of the victim forcing a handgun into his stomach and demanding all of the property that the victim had brought with him,” [Yeadon Police Chief Anthony] Paparo said.

As a response, the 23-year-old drew his legally-carried firearm and shot Thompson, resulting in his death.

“He lawfully is in possession of a firearm. He pulls his own firearm and fires three rounds, the first of which hits Mr. Thompson in the head and kills him,” Paparo said.

He later went to a nearby police station to tell them what had happened.

Police are still looking for the other two suspects, who are believed to be armed and dangerous.

Police say they found Thompson’s body around 11:30 at night, which would lead me to believe that the meetup happened after dark. In all situations involving the meeting of strangers to make a sale, it’s very important to do this at a time when it’s still light out, as well as setting up a safe meeting location. Many police stations now have designated areas on their property for such occasions, which are monitored.

The 23-year-old is shaken up after the ordeal, and police say he’s “a good kid” who will likely be affected by this for some time.

Always use caution when conducting these meet-ups, and make sure to follow as many of these guidelines as possible:

Following these guidelines will help you weed out the bad deals, the dangerous deals, and keep everyone a little safer.

Previous article: Military Arms Removed From Instagram Without Warning, And So It Goes. Again. Next article: GUNS SAVE LIVES: Two Armed Citizens Hold Man At Gunpoint After He Just Stabbed A Woman, But The Location Could Have Gotten Them Arrested