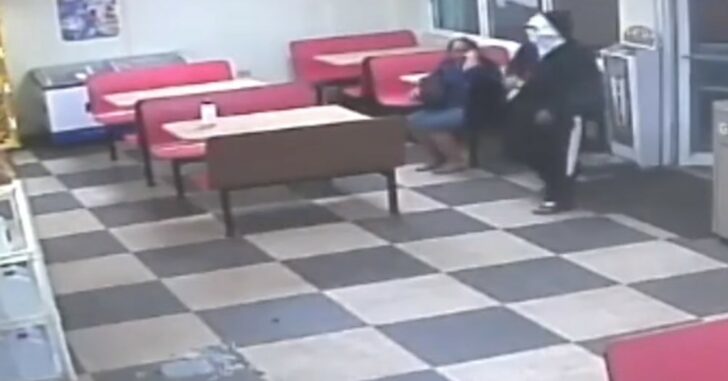 When an armed robber busts into a place, they usually aren’t paying a whole lot of attention to what’s going on around them. Their goal is to get in and get out as quickly as possible.

This guy, the lunatic with the mask, throws a bullet to his left in order to make his presence and intentions known. What he didn’t know, however, was that a uniformed off-duty police officer was sitting in the direction that he fired his careless shot.

Still having no idea that the officer is there, he likely didn’t see what happened next coming.

Luckily, no one else was injured during this incident. The response from the off-duty officer was as precise as you can get, and he did a fantastic job with eliminating this deadly threat.