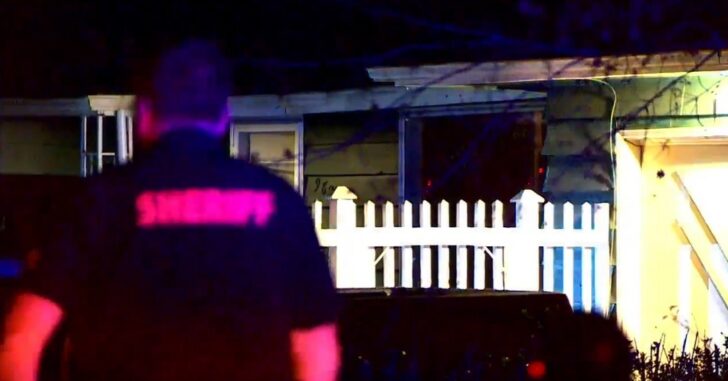 SEATTLE, WA — A burglar was shot and killed after he broke into an armed man’s house and advanced on the man inside, KOMO News reports.

The man inside reportedly heard the intruder force is way into the home,and even though he was armed, he didn’t want a fight. He grabbed his firearm, hid in a closet, and called the police.

That wasn’t enough for the burglar, however.

According to KOMO News:

A man shot and killed a burglar in White Center overnight after he awoke to find the intruder inside his home, police said.

The homeowner called 911 to report a burglary at his home in the 9800 block of 13th Ave. SW at about 2:45 a.m. after hearing glass breaking downstairs, according to Sgt. Ryan Abbott with the King County Sheriff’s Office.

“A short time later while on the phone with the 911 operator he had reported that he heard somebody coming up toward his room,” Abbott said. “And then the next thing that was heard was shots fired.”

Police and medics arrived to find the intruder dead at the scene. No other injuries were reported. The homeowner thought there might have been multiple people inside the home, but investigators have not been able to find anyone else associated with the crime yet. The sheriff’s office said the homeowner lives alone.

There’s no telling what would have happened to the resident of this home had he not woken up to the sound of the intrusion or been armed and ready to deal with the threat. Thank God he was.

It was his choice to try to deescalate within his own home. That choice is a great deal easier to make when you live by yourself, as it seems that he was. Whichever choice you make — stay safe, and live within the bounds of the law.

Previous article: Homeowner Behind Bars After Killing Two Intruders, Because He Used Gun Not Registered To Him Next article: UPDATE: Mass Shooting in Virginia Beach leaves 12 Dead, 4 Injured; Suspect Shot And Killed By Police