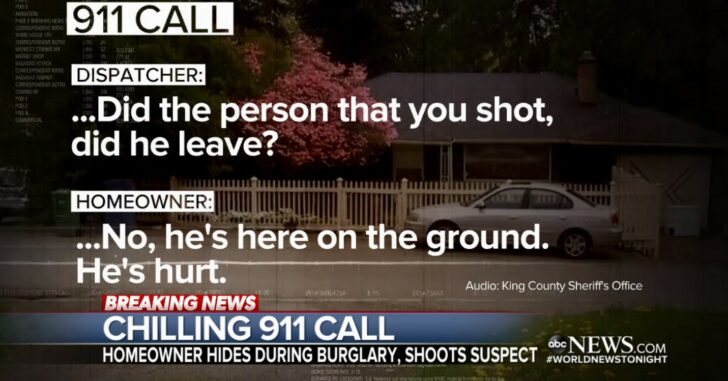 A man dialed 911 when an intruder was making his way into the home, as he hid in the closet in his bedroom.

Here’s a transcript of how the 911 call went, and you can listen to the audio in the video further down.

Homeowner: Yea, my house is getting robbed right now.

Homeowner: Yea, I have a gun.

A crash is then heard, when the intruder broke out the window. The operator, only on the job for a few weeks, told the homeowner to keep quiet and to keep himself safe.

Then, multiple gunshots are heard. Then a person can be heard moaning in pain.

911 Operator: I heard shots. What happened?

Homeowner: I had to shoot him. He came after me.

The 29-year-old burglar, who was unarmed, was found dead at the home by police. The homeowner, of course, isn’t going to be facing any charges.

When seconds count, police are minutes away. While the intruder wasn’t armed, that doesn’t matter in a situation like this. If someone enters your home, you have every right to defend yourself against that intruder.