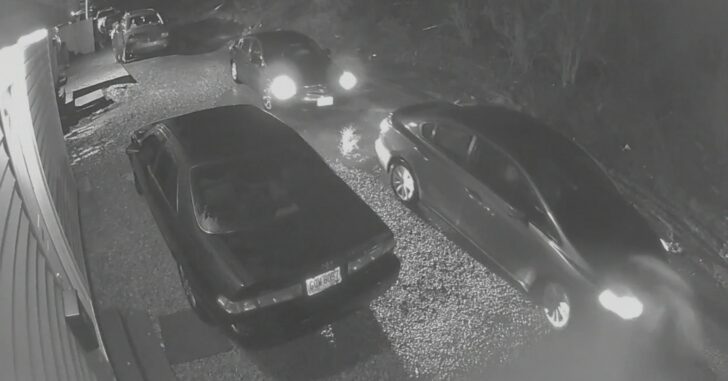 The shooter always targets people he knows, and authorities claim they know exactly who this guy is — a man named David Woods.

Woods gave his intended victim some notice he was coming, and according to reports the female resident attempted to chase him off-premises with a bat.

Woods opened fire on her and a man ran out of the home with a firearm, returning fire.

Woods was already attempting escape in his car and he bolted.

The neighborhood is frightened.

It was enough to shock a neighbor, who didn’t want to be named.

I was home on the couch watching a movie with my wife. I heard one gunshot and didn’t think anything of it at first, and like 30 seconds later, you hear like six more go off,” he said.

The neighbor says he hasn’t seen anything like this in his 10 years on River Road.

“There’s children that play in that alley all the time, and it’s kind of disturbing to hear that and go on,” he said.

At this point, authorities are on the lookout for the man, and they are warning people to steer clear of him.

David Woods should be considered very dangerous at this point because he’s wanted in two other incidents. One in Golf Manor and one downtown in which he fired shots at a vehicle, so currently he has three warrants for felonious assaults on him… Certainly he has no regard for safety of individuals if he’s out there firing shots.

Broxterman also claimed that the man may face charges, as Woods was already fleeing the scene after he shot.