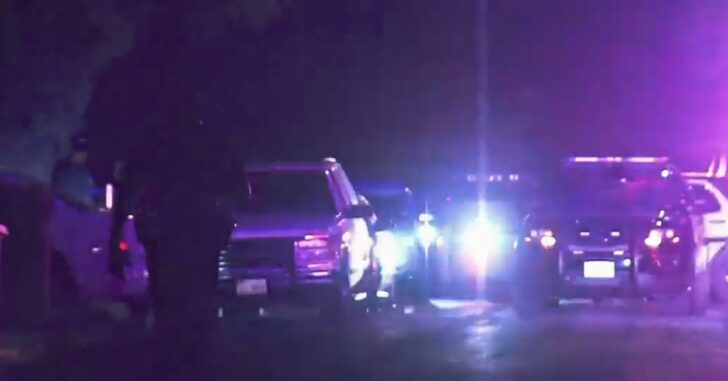 SAN ANTONIO, TX — A would-be robber was extremely lucky to be alive after tangling with the wrong intended victim, My San Antonio reports.

Instead of making an easy get away with some quick money, the robber was found by authorities laid out on the ground, surrounded by cash, with a bullet wound to the face.

Take a look at how KSAT reports this:

The victim was found just before midnight in the 100 block of Rambling Drive, which is located not far from Interstate 10 and East Houston Street. According to police, the uncooperative man was found with a gunshot wound to both his cheek and ear. He was taken to San Antonio Military Medical Center for his injuries.

Police said officers also found dollar bills all over the ground. They did not however disclose a motive for the shooting or why the cash was found at the scene. The victm’s name and age were not released.

As noted earlier, My San Antonio reported that the “victim” here was actually the guy hoping to get away with a stickup.

It’s pretty laughable that anyone would be calling a suspected robber a “victim” of violence, given that it’s quite literally of they’re own making, but in the interest of fairness, the KSAT story was published about two hours before My San Antonio made their own report, so maybe they didn’t know. Either way, a quick inserted update would make the media outlet seem a little less, I don’t know, oddly pro-crime.

I know it’s a weird point to harp on, but there’s a reason for it, I promise. You know as well as I do that the debate surrounding firearms, gun control, and the survival of the Second Amendment is one of words, definitions, and putting ideas in boxes and moving them around.

For example: If we can all agree assault weapons are bad, we can ban them. What can we include in that umbrella that we don’t like, regardless of whether or not it’s true? Automatic-capable firearms, sure. We can lump in black rifles, obviously. Guns with detachable magazines carrying more than ten rounds — why not?

It goes like that — seriously. And that’s just one chain of intended action based on the definition of one word.

When we go around arbitrarily naming “assailant” and “victim,” we’re in for a world of hurt as firearm owners.