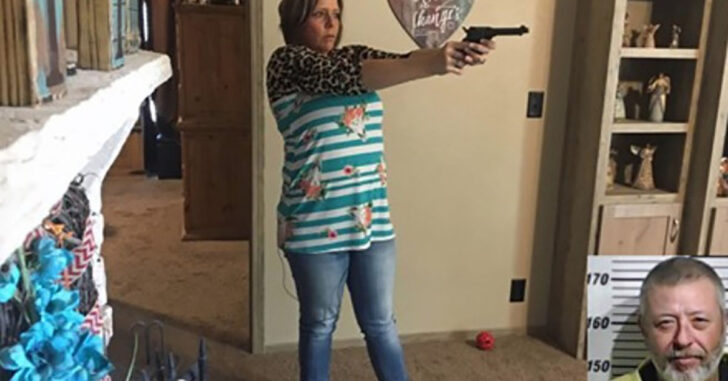 LIMESTONE COUNTY, TEXAS — A mother and her 17-year-old daughter were at home on April 24th when a man burst into their home and charged them with a shovel in his hands. The mother wasted no time and sprung into action to ensure the safety of her child and herself.

Laura Williams woke up to the sound of someone ringing her doorbell.

“I went to the door and just kind of opened it and there was an older man standing at my front door with a shovel and he asked for a lady’s name and I said ‘there’s no one here by that name I’m sorry, you’re at the wrong house, she doesn’t live here,’” Williams said.

She closed the door and thought the man had left, but when she looked out the window she could still see him standing there with a shovel in his hands.

Williams ran to her daughter’s room to wake her up and shortly after, the man outside was making his way inside through the front door. That’s when Williams got her daughter to safety and grabbed her pistol from the nightstand.

Armed and ready, Williams confronted the man in her home and said “If you take one more step, I’ll kill you.”

That was enough to send the man running, later identified as 47-year-old Allen Tompkins.

Williams’ daughter dialed 911 as her mother confronted Tompkins, and police found him shortly after at a nearby trailer park. He was arrested and charged with burglary of a habitation, and swiftly sent to jail.

There is no telling what Tompkins was up to, but we can be sure that a firearm in the hands of Williams was exactly what was needed to ensure that no innocent lives were endangered.