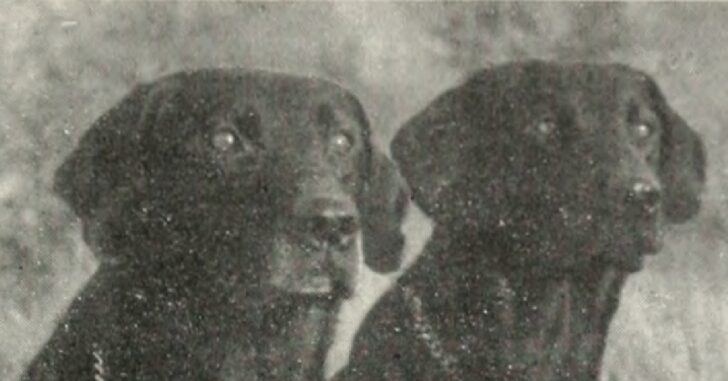 LAS VEGAS, NV — A pair of retrievers were shot at after allegedly going after a smaller dog nearby, the Las Vegas Review-Journal reports.

The pair reportedly slipped their handlers and went after the tiny dog, and after a brief struggle, an off-duty law enforcement officer escalated the level of force to firearms. Oddly, enough, however, the dog that was reportedly attacked bared no wounds.

As the Las Vegas Review-Journal reports:

Witnesses said two retrievers attacked a dachshund about 5 p.m. Friday on the 5800 block of Brisbane Place, near East Bonanza Road and North Sloan Lane. A friend of Maureen Schorn, the retrievers’ owner, had come to Schorn’s house to take them for a walk. The leashed dogs escaped while the friend and her daughter tried to put them in her car. They ran toward a neighbor’s yard and the dachshund, witnesses said in a report. Neighbors tried separating the dogs before another neighbor, the off-duty officer, shot twice toward the dogs, according to the report.

After the shooting, Schorn’s friend put the dogs in her car and drove toward Sunrise Mountain. When they arrived about five minutes later, she noticed one of them, an 8-year-old golden retriever named Moto, was injured and lying motionless in the car. The friend returned to the neighborhood, where police checked Moto and said he was dead.

The neighbor’s dachshund had no visible injuries, the report said. The Metropolitan Police Department confirmed the shooter was an off-duty officer. He is on regular duty, spokesman Jay Rivera said, and Metro is conducting an internal investigation. Schorn, 65, was inside the house when the shooting happened, she said. But she denies that Moto would attack another dog.

“I don’t believe their story, frankly,” Schorn said, referring to witnesses. “I know my animals.”

She said his death felt like losing a family member.

“He didn’t deserve to die that way,” Schorn said.

I am, as I am sure many of you are, concerned with the fact that the animal that was supposedly attacked did not bear any marks from the scuffle. If it were not an off-duty LEO involved, I would be even more so.

Given that this was a law enforcement-involved shooting, I’ll give the responder the benefit of the doubt. It is a tragedy, however, each time we see an animal’s life taken.