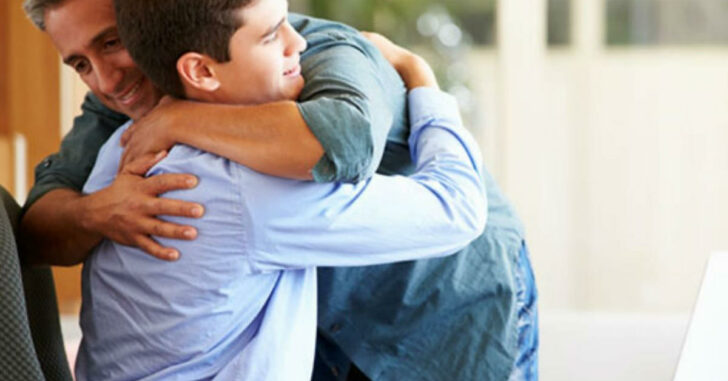 As concealed carriers, we’re mindful of hands. Walking through a crowded place, it may be inevitable for people to bump into you. In some situations, it’s unavoidable that someone will put their hands on you.

Someone who is concealing a handgun on his person should be mindful of who touches him or her and how. In certain cases, it can be an honest gesture — a relative, family member, or child. In others, it’s less certain. And in a few rare cases, it’s absolutely unwarranted and needs to be addressed.

Where do you carry your gun?

If you’re like most concealed carriers, that gun is located somewhere along the waistline.

Someone touching your arm or your shoulder is not likely to notice that gun. Conversely, almost no one has an excuse to feel about your ankles. And there are probably only a very select few people on this earth that would have even a reasonable excuse to put their hands on your waistline.

The hardest to address is the first: strangers.

There’s only two types of contact in this world: consensual and non-consensual. When a family member or friend shakes my hand or grasps my shoulder, I’m cool with it. When a stranger grabs me by the shoulder or pads my jacket, I’m not down with that.

But that doesn’t mean the person intended any harm. Sometimes people are just overly friendly or grabby. Being a reasonable person, the first thing I say to someone who touches me without my consent is that I would like for them to keep their hands to themselves.

This has been met by a variety of reactions, initially. The most common one is shock. The person doesn’t know what he or she did wrong and was just being friendly.

I quickly let them know that it’s nothing personal but I just appreciate my space. Most people I’ve spoken to seem to get that — even if they don’t necessarily understand why.

As a concealed carrier, I know darn well. I don’t want that person inadvertently laying a hand on my pistol. I also don’t know that person well enough where I want him or her up in my personal space for no good reason.

Now, sometimes you’re going to run into people that are bullies. Bullies talk tough but generally rely on intimidation or picking on someone he thinks he can beat outright. My job isn’t to correct that person’s misguided understanding of people. My job is to ensure he doesn’t make an even bigger mistake by deciding to use force.

When I deal with aggressive people that think it’s okay to put a hand on me, my reaction is much similar to dealing with someone I’ve never met. I ask him to please keep his hands to himself.

I’m not a particularly intimidating looking guy. I’m not a violent guy, either. I don’t have anything to prove and I’m not interested in trading hits.

The best thing I can do for both of us, in this situation, is give space. Giving space to a potential opponent gives that man the choice of initiating a threat or getting the hint. It’s not cowardice to back up or walk away. In fact, as someone carrying a potentially lethal tool, it may just be the safest thing for all parties involved.

Fair warning for those that think they can fight with a pistol holstered in their belt: you can always lose more than you bargained for.

Also: you can win a fight and still lose big.

These are things to consider when dealing with aggressive, pushy strangers. Give warning, give ground, and then the rest is up to whatever your state considers the right to self-defense.

Don’t expect witnesses to corroborate your story. Don’t expect attorneys to be cheap. That’s why I always advocate for getting the heck out of dodge if a hairy situation crops up.

Unique Situations That Happen To Women

I’ve found women run into a lot of problems with wandering hands. A lot of people just assume they can hug or grab a woman — and that interaction will always be well received. Add to the increased attention from children, family, and friends, and it’s tough to stay concealed.

I know a few women who carry using either a belly band or a pair of concealment shorts. There’s a wide variety of choices for women that don’t wear jeans or belted pants.

Children will run up and grab a female concealed carrier’s leg and wonder what’s that solid object in her waistband. Family members, close personal friends will run up and hug a woman without a second thought.

For these particular cases, it’s up to the individual to come up with the excuse — if necessary. If not required to speak about it, don’t. I think that’s also why a lot of women still carry in their purses — so they can avoid those situations. However, I always advocate for carrying on the body. That eliminates the chance a bad guy can knock away a purse and a woman’s gun at the same time.

The general strategy I use when dealing with someone’s hands going where they’re not supposed to:

“I need you to keep your hands to yourself.”

Step back from the person.

If your life is threatened, defend yourself.

This may not work or be appropriate for all situations. Use your best judgement. Carry concealed everyday, everywhere you possibly can.

Previous article: 10 Ways To Get Kicked Off The Range -- If You're Lucky Next article: How To Price A Used Gun