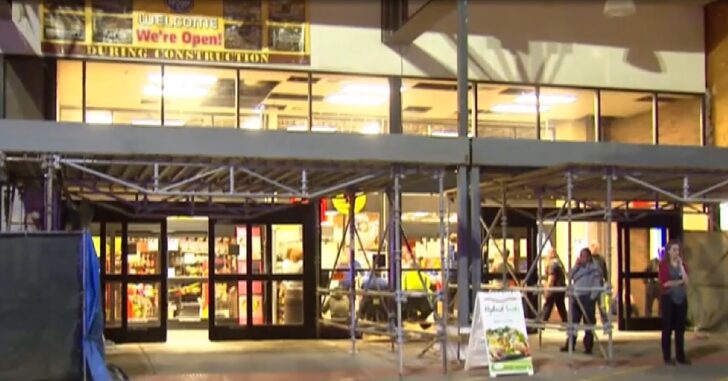 INDIANAPOLIS, IN — One man was stabbed, shot, and killed by what appears to have been a teen that became completely unhinged, WTHR reports.

Worst of all, the murder seems to have been committed with the victim’s own gun.

What is certain, however, is that this death — the death of a man with a family who was killed in a Kroger, of all places — was completely unnecessary.

Castro was killed in a violent attack that appears to be random.

One of the witnesses to the events just before the attack said she saw a “younger guy walking around with his cell phone, being really verbal.” She asked that we not give her name.

Moments before the attack, she says suspect Jason Neal Cooper was upset about something. “Just being very loud and disruptive.”

“When he came around the corner he saw the suspect on top of the victim and then stabbed the victim with a knife somewhere mid-chest,” said another witness in court documents.

Just moments before that, that same witness, a store employee, told police the suspect approached him and asked where he could find kitchen knives. He showed him.

“And then I heard three shots,” said a witness.

There are broken, sick people in the world. They’re in your church, your grocery store, and your workplace.

The level to which they’re broken varies, and we should be ready and willing to help each according to our own capability.

However, we never let them take us from our families.

Previous article: Purse Carry: Should You or Your Loved Ones Do It? Next article: World Champion Shooter Takes on 2 Double 1911s Simultaneously [WATCH]