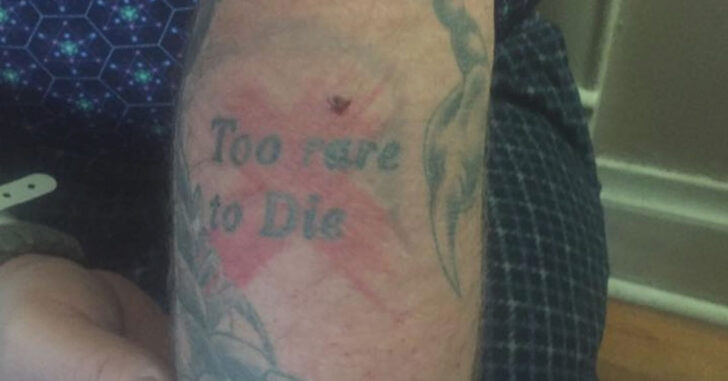 COLORADO SPRINGS, COLORADO — During an armed robbery one night in late Spetember, an armed clerk fought back by drawing his gun. It was the first time he had carried at work, and he’s glad he did because it likely saved his life.

His ex-employer, however, seems to have a strict ‘no weapons’ policy in place. So strict, in fact, that they fired him after the incident.

For simplicity sake, here is a link to their Facebook Page.

Two weeks ago, Lee Satterthwaite was working the overnight shift at Wester Convenience store on Fillmore street in Colorado Springs when two armed suspects entered the store around 3 a.m. pointing their weapons at him demanding money. “Looking down the barrel of a gun that you know is wielded with hostile intent, is frightening,” says Satterthwaite.

When he asked the suspects to not point their weapons at his face and they didn’t listen, he drew his weapon. “They kept pointing their guns at my head, I stepped behind cover and drew my weapon.”

The suspects were frightened by the gun. When Satterthwaite tried to grab one of the suspects weapons he was shot in the left arm. He says, “It felt like getting stabbed.” The bullet went through his arm and out his elbow.

Satterthwaite was hearing stories of other robberies in the area and decided to bring his firearm to work. After all, every day is Bring Your Firearm To Work Day. It’s a good thing that he did, because some of the robberies in the area were violent, and violence can touch anyone… especially a convenience store clerk in the middle of the night.

Instead of giving Satterthwaite a day off or a raise, or even a pat on the back, he was fired for bringing his gun to work. Another reason given was that the store was doing away with the night shift. Maybe it’s because of the crime, maybe they’re cutting back on hours, or maybe it’s just a bunch of bull.

In any event, here’s what Satterthwaite had to say on his Facebook Page after the incident;

So folks I have some really heinous news. I was fired today from Western Convenience Stores… the reason? Resulting…

Since then, many have flocked to the company’s Facebook page to leave their thoughts in the form of a review.

In case you’re wondering…. it’s not going well for them. At the end of the day, it’s the company’s decision whether or not to allow firearms, and of course it’s their decision to fire someone for breaking that company policy. All we can do is support the armed citizen who successfully defended himself when faced with a dangerous threat. We hope that he’s able to find new work quickly, and also hope that he chooses a company that respects his right to self defense.