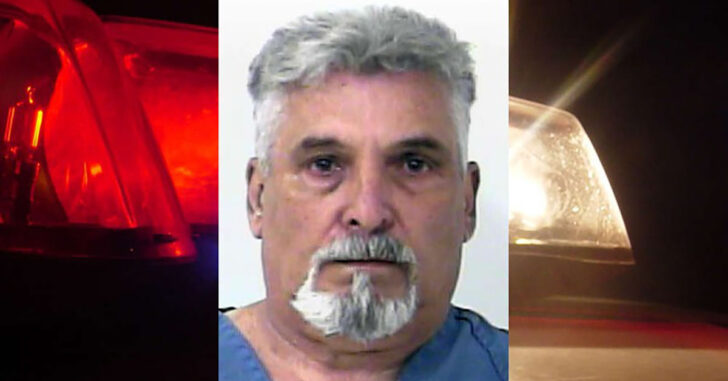 PORT ST. LUCIE, FLORIDA — This week’s Irresponsible Gun Owner Award goes to a Florida man who was arrested last week for pointing a loaded gun at a teacher while attending an open house. But why did he do it? Was there a good reason? Obviously not.

The story goes as follows:

A Port St. Lucie parent was arrested Sunday after he pointed a loaded gun at a Grace Christian Academy self-defense instructor and told him “martial arts are crap”, city police said.

“Bang, you’re dead. No way you could have got me before I pulled it out,” George Meyer, 61, reportedly said.”

Sgt. Frank Sabol said that Meyer, who have a child as a student at the school, was participating in an open house when he overheard the defense instructor telling someone that a gun is not always the best choice for self-defense since it can be easily taken away.

Not satisfied with what he heard, Meyer pulled out his handgun and pointed it at the instructor, telling him it was “locked and loaded”.

More careless than that, there were parents and children between Meyer and the instructor when he pointed the gun, according to the report.

As if all of this wasn’t enough, investigators found that Meyer’s concealed weapon permit had expired in June.

Meyer is charged with aggravated assault with a deadly weapon, carrying a concealed weapon without a permit, exhibiting a firearm on school property and improper exhibition of a firearm.

It’s folks like Mr. Meyer who give gun owners across the Country a bad name. Whatever the outcome of this incident, and taking the 2nd Amendment into consideration, should Meyers be allowed to own firearms if convicted? Let us know.