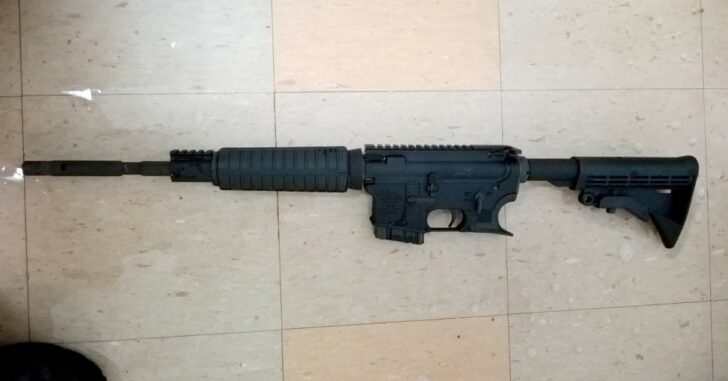 BRONX, NEW YORK — A disgruntled ex-employee walked into a hospital where he had worked while carrying a rifle and wearing a lab coat, then opened fire on the people inside before setting himself on fire and shooting himself in the head.

During the assault, the man killed one doctor and injured six others. Five of the injured were in serious condition.

None of the victims have been identified at this time.

“He’s shooting! He’s shooting!” one woman yelled in the frantic initial moments of the afternoon assault, as recounted by a mother in the pediatric emergency room who had cowered with her five children, ages 1 to 10.

Some believed that the death toll would have been far higher had the shooting occurred anywhere but where it did — a hospital filled with state-of-the-art medical equipment, and with doctors and nurses who rushed to victims and performed triage where they fell, in staircases and hallways, even as the gunman was still at large.

“The situation unfolded in the middle of a place that people associate with care and comfort,” Mayor Bill de Blasio told reporters outside the hospital, on the Grand Concourse in the Claremont Village neighborhood. The gunman acted alone, Mr. de Blasio said, adding that it appeared to be a workplace dispute that ended when the gunman committed suicide — “but not before having done horrible damage,” the mayor said.

The rifle he carried was hidden under his lab coat.

The ex-employee is said to have caused problems during his employment, and his temper and a sexual harassment complaint ultimately led to his removal from the hospital.

That was back in 2015, but he apparently still had ill feelings and a serious mental condition.

Prior to his employment, he was arrested for sexual abuse and unlawful imprisonment.

In 2004, Dr. Bello was arrested and charged with sex abuse and unlawful imprisonment after a 23-year-old woman told officers he had grabbed her crotch area outside a building on Bleecker Street in Manhattan and tried to penetrate her through her underwear, a law enforcement official said. The woman told officers that Dr. Bello had lifted her up in the air and dragged her while saying, “You’re coming with me.”

Court records indicate that Dr. Bello pleaded guilty to unlawful imprisonment in the second degree, a misdemeanor, and was sentenced to community service. The felony sexual abuse charge was dismissed.

Because the felony charge was dismissed, the man did not have a record to show up when a background check was performed for his employment at the hospital. Had they known of this prior incident, he likely would never had been hired in the first place.

Lenient judges and community service, instead of actually paying for crimes committed, could have prevented this horrible incident from happening in the first place. Blame can’t really be placed anywhere I guess, since this man obviously had a mental instability, however these lenient sentences that happen all over the country… happen far too often.