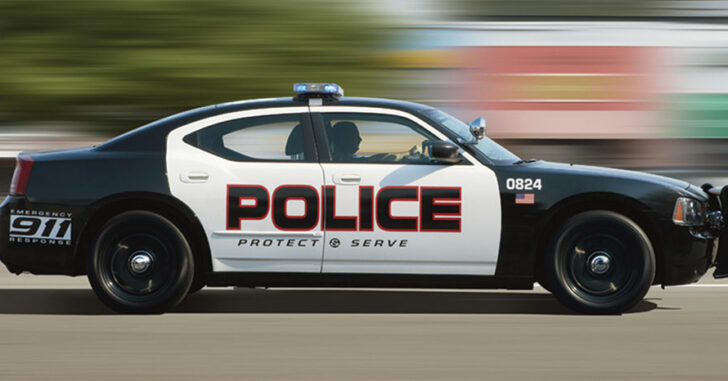 By John Boch via The Truth About Guns

Imagine waiting 87 minutes for a police response after calling 9-1-1 to report a home invasion in progress. It happened in Dallas in recent days. Thankfully, the homeowner escaped the invasion with his life (if not his property). The robbers had plenty of time to grab some loot and scamper far, far away before 5-0 arrived. For those who think police will rescue them from criminal attack in the sprawling Dallas metroplex, this alarming incident has proven itself a big wake-up call.

Let’s face it, the only thing that stops bad people with evil in their heart is a good guy with a gun. A person can take proactive control of their own safety by being armed. Or, alternatively, the hopeful among us may eschew gun ownership and rely on the local constabulary. For those ill-prepared, they may actually welcome the words, “We’re from the government and we’re here to help.”

WFAA has the story:

Jamie was lying in his bed when he heard the footsteps. The robbers entered through the back door, just after his wife left for the airport.

“He pointed the gun at me and he said, ‘Don’t you say a thing. Don’t you dare move,’” says the 65-year-old M Streets homeowner. “He had the gun to my head and he made me turn over on my stomach.”

…“I still feel the gun on the back of my head,” he recalls. “He kept saying, ‘Where is the safe?’ and I would say, ‘I don’t have the safe’ and he would press [the gun] into my head.”Jamie waited for an hour and 27 minutes for Dallas police officers to arrive. They just didn’t have enough officers to respond sooner to the home invasion robbery.

Situations like Jamie’s are happening more, and more officers are leaving the department.

Dallas PD so far is meeting its eight-minute goal of responding to Priority 1 calls. Those include things like murders and robberies in progress.

But for Priority 2 calls – calls like Jamie’s — the department has fallen behind. The department has a 12-minute goal for those calls. These are things like disturbances and robberies that have already occurred.

How is the response time where you live?

…They ransacked the room. They took his phone, car keys, house keys, wallet, and other electronics. As they were leaving, the man told him to count to 100.

“I had gotten to seven or eight and it was almost like he had lost interest,” Jamie says. “He said, ‘Don’t you get up until I’m gone.’”

They repeatedly called 911 to find out what was taking so long.

“They would say, ‘Well, are they still in the house?’” he says. “I said, ‘No but the guy put a gun to my head. What if he’s still around here somewhere?’ Every time we were told, ‘Well, we don’t have anyone to send out. We’re shorthanded.’”

What are the odds that he’ll be visiting his local gun store in the near future?