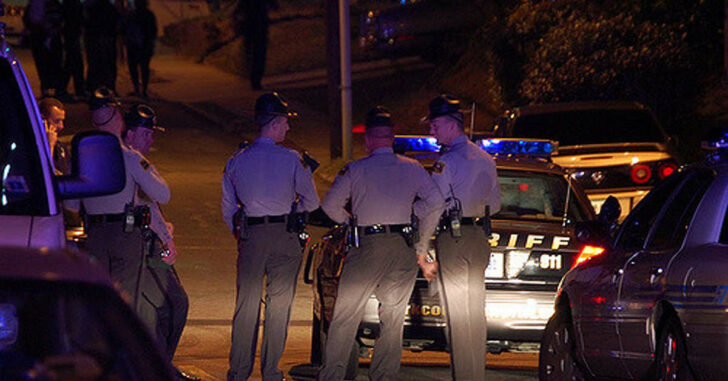 CHARLOTTE, NORTH CAROLINA — A woman saw a suspected burglar attempting to gain entry into a next door neighbor’s home and tried to scare him off. Instead of running away, he charged into her home where she was forced to try to subdue the man with the help of her son. The intruder obtained a knife and fearing for her son’s life, she shot the suspect before he could do any further harm.

According to the Daily Progress, the alleged intruder was identified as 32-year-old Phuc Doan. He died as a result of the shooting. Charlotte-Mecklenburg police are still investigating the incident but have not charged the occupant of the home with any wrong-doing because she believed her life and the life of her son was in jeopardy.

This is a stunning example of criminal behavior. Instead of clearly seeing he was spotted and doing the bright thing of running away, he chose to assault both the woman and her son inside their own home. Once he had a knife, it was pretty clear that if the woman didn’t use deadly force to protect herself and her family, there was a real and imminent risk of serious injury or death at stake for both of them.

If it’s the choice of you or the bad guy, I hope you’ll choose you.

But that’s also why I recommend a gun and a decent home surveillance system. I would have liked to see this person stand back and let the police handle this situation because I feel she put herself at risk trying to engage an intruder on someone else’s property. Likely, she figured he would just leave. And that’s the problem: the decent thing to do isn’t always the safest. And safety sometimes trumps decency.

If you see someone trying to break into a neighbor’s home, you have the ability to call police. That bad guy doesn’t know the timer started. When police arrive, they have the element of surprise. In most cases, they’re better trained and prepared for this sort of situation.

More importantly, it pulls you — the law-abiding gun owner trying to protect yourself and your family — out of the direct line of fire.

Guaranteed, this woman wasn’t looking for a fight when she called out that burglar. And this scenario could have ended very poorly as a result.

Go the safest path when possible. If it’s your home, obviously you have to defend it to the best of your ability while you wait on police to arrive. If it’s someone else’s home, definitely call police and give them a heads up. Don’t put yourself at anymore risk than you absolutely have to.

Your life and the lives of your family members are well worth it.

Previous article: Alabama Lawmakers Weighing Permitless Concealed Carry -- Could 2017 Be The Year Of Constitutional Carry? Next article: Heated Argument In A Parking Lot Leads To A Concealed Carrier Unwittingly Shooting An Unarmed Man