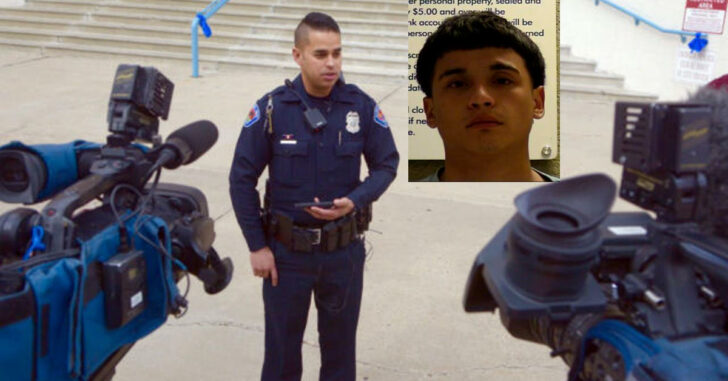 ALBUQUERQUE, NEW MEXICO — A 16-year-old teenager was critically shot in the head after attempting to steal a car with an occupant still inside. He was one of a bunch of teenagers alleged in the crime. The occupant, though, was armed.

According to the Albuquerque Journal, Gabriel Gonzales, 16, was admitted to the hospital in serious but stable condition. Law enforcement predict he will be there for quite some time as the damage is considered to be rather significant.

Albuquerque police say that Gonzales was one of a few teenagers implicated in the attempted carjacking outside an apartment complex. A man and his girlfriend were returning from a date when they were attacked in the parking lot. Three teenagers, including Gonzales, were armed with some unidentified weapons and the man took out his handgun and shot Gonzales once in the head. The rest of the teenagers fled the scene.

“Apparently they were on a date, doing their nightly thing just like any other couple in Albuquerque would be doing, and then these guys attacked them,” APD spokesman officer Fred Duran said.

The teenagers believed to be involved in the crime were addressed earlier in the month by an APD conference concerning a rash of violent crime reported in the area.

For the bad guys, this time, it was one of their own that took the trip. It could have just as easily been either or both of the victims in this case.

They are looking for the other two teenagers involved in the crime and are depending upon surveillance footage and some minor descriptions to get their whereabouts.

One thing is for certain, that man’s decision to carry a gun that night likely saved both his life and that of his girlfriend.

In an “us or them” world that criminals force law-abiding citizens into, we’d rather choose us. Bad guys will always choose their own. It’s up to us to be armed and prepared to even up our chances of coming out of a bad situation alive. This guy did. We all should.

Previous article: Essential Self-Defense Law Part II: Appropriate Force Next article: Even After Getting A Restraining Order, Neighbor Gets Shot Trying To Run Down Homeowner With Car