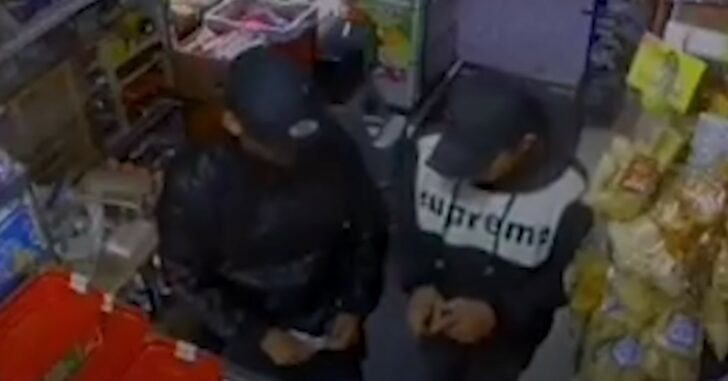 The element of surprise is on our sides as concealed carriers and armed citizens, and that goes for armed shop owners who have a gun nearby for self-defense purposes.

That’s what happened at this small store when two thugs walked in and pointed a gun at the man behind the register. Quickly enough, that man was armed as well and drew his firearm, taking a single shot that sent one to the floor and the other fleeing for his life.

The owner had his firearm staged and was ready for an attack. Take a look at how it all went down.