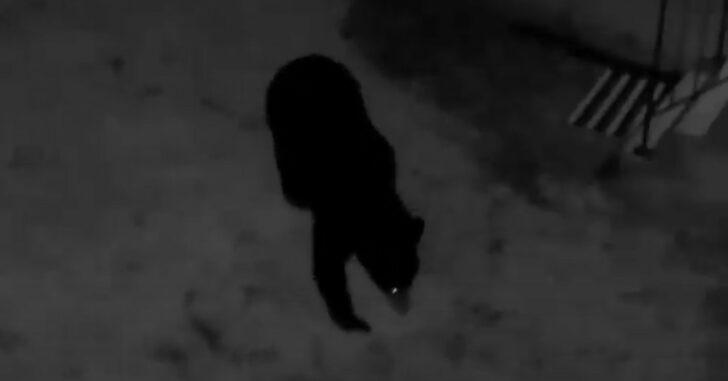 STEAMBOAT SPRINGS, COLORADO — A bear in search of food managed its way into a Colorado man’s home early Saturday morning. The bear was shot and killed by the homeowner when he was awakened by the bear.

Ken Mauldin of Steamboat Springs was awakened by the bear around 2 a.m. who was pilfering through dog food in Mauldin’s house. Mauldin obtained a gun and shot the bear multiple times, according to Rachel Gonzalez, a spokesperson with Colorado Parks and Wildlife.

It was determined the bear was able to flip the lever doorknob of Mauldin’s home and gain access.

The male bear was ultimately removed from the home. No one was injured during the encounter. Parks and Wildlife stated that entries of residences by bears are not unusual, but shootings of bears in self-defense are not common.

Colorado is home to roughly 12,000 bears. The bear shot by Mauldin was not tagged and it is unknown if the bear was involved in similar incidents. Gonzalez stated that Steamboat has dealt with multiple residential intrusions by bears during the summer. She stated the bear could have even learned the behavior from another bear.

Gonzalez stated that bear intrusions into residences are preventable and that bears will repeat the behavior at a location if they find a food source. Residents are encouraged to secure doors and windows, use bear proof trash containers, secure food containers and even bird-feeders.