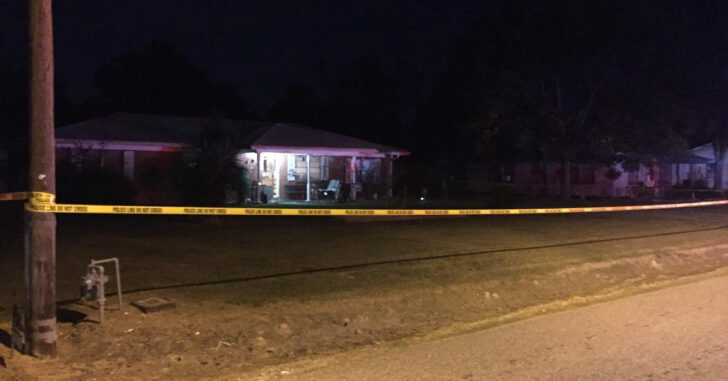 ORANGE, TEXAS — A 46-year-old man decided his fit of anger and rage was justifiable enough to begin choking his own mother. When her husband tried to intervene, the man redirected his anger towards him. Well, it’s the step father’s home. He retrieved his handgun and shot the man in the head.

According to a statement published by Orange Police Department and republished through KFDM South Texas News, the assailant was identified as 46-year-old Marvin Cordell Cooper Jr. The victims were his mother and step father prior to the step father shooting him once in the head at close range. He was evacuated to a nearby medical facility where he succumbed to his injuries and died.

We’ve had the dubious distinction of reporting on similar family-related affairs. In general, it seems like some people feel it’s okay to assault their parents, grandparents, and relatives. We all know somebody with a family like that.

And unfortunately, they get away with it because who wants to shoot their own son, grandson, or step son? We leave out son-in-law and step-son for obvious reasons.

But there comes a time when you have to choose. It’s not always that you didn’t raise the kid right or he didn’t get enough love as a child. Let’s throw out that psychobabble nonsense. Some people are born rotten and some turn rotten with time. Either case, it’s up to you to defend yourself, your spouse, and your home from needless violent aggression.

That’s precisely what this man did.

You can’t teach a 46-year-old man to respect his mother enough to not choke her out. If he hadn’t learned that well before then, he certainly isn’t going to figure it out now. No, you defend your wife. And that’s what this man did. And in doing so, he defended his own life.

People feel entitled to all sorts of things. Let’s dismantle an idea right now: no one is entitled to crap. We’re born into this world, we get our bearings about us, we figure out a way forward, we succeed, we fail, and sometimes we repeat mistakes. At no step in the process are we owed anything.

It’s a dangerous world we’re living in when the younger generations and even the older ones grew up under the guise and propaganda that they were owed basic things.

No, we have a basic contract with the United States government that says, “you keep doing what you do and we have this list of basic rights and liberties.”

Now, we have a judicial system that’s established to give authority to various parties when they come to take rights away. The taxman doesn’t have the same constraints against him as the common house burglar. The politician is seemingly immune to all laws of this country entirely.

We cannot control those men. We can defend our home and ourselves. The day that becomes no longer authorized is the day that the social contract we maintain with this great country becomes null and void. There is no middle ground.

And, to pontificate a moment, there is no such thing as a “reasonable restriction” to liberty. Make no mistake, when the Big Man says he wants to alter the terms and conditions of our agreement (‘The Bill of Rights’), he’s not negotiating. He’s taking. But he can’t take it on his lonesome. He’ll need a lot of men equipped with instruments of war to enforce those restrictions.

That’s why we won’t back down. That’s why it’s not a point of debate or contention. Defend your home and yourself by any means necessary to secure your own life and liberty.